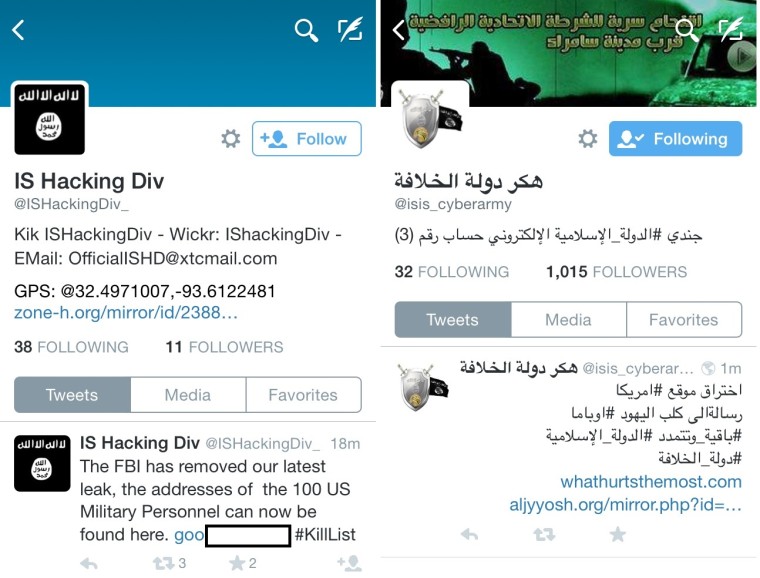 As has been well documented by the DOWNRANGE team and many others who monitor jihadist chatter via the Internet, DA’ISH’s use of Twitter in support of the terrorist group’s influence operations has been prolific. This can make it difficult for analysts to sort out just what is worthwhile to report on within the daily deluge of communications about matters of concern to the group’s leaders, foot soldiers and sympathizers, along with the group’s ever-expanding propaganda library. Execution videos? Updates from battle spaces? Notifications regarding both organizational growth in new theaters of operations and setbacks in places like Kobani, which are often promptly spun to portray the group as a victim of Iranian and “crusader” aggression? Or softer propaganda engineered to support recruitment activities targeting individuals for whom graphic videos and photos showcasing DA’ISH’s brutality do not serve as effective sales tools? The options go on and on, and it’s all available via Twitter, whose creator and employees have actually been singled out in recent threats issued by DA’ISH.

From the sea of items that captured our interests today we have selected four to showcase here. Each of them is related to other developments that have helped the group with its efforts to eclipse the specter of al-Qa’ida by capturing the interests of major news organization.

First is the group’s continued promotion of a list of US military personnel whom the publisher of the list called for DA’ISH members to kill. Next, and related to the first, is the effort to highlight the group’s hacking capabilities, as done by one account that posted links to websites that had been hacked by someone, or someones who claim their hacking campaign has been undertaken in support of DA’ISH. Third is the promotion by various popular Twitter accounts of images of a masked man wielding a rifle, pistol and homemade sign that related his ambition to join the jihad in Tunisia. Finally, several popular Twitter accounts managed by DA’ISH propagandists have promoted the initial set of video interviews with British journalist John Cantlie, in which — like many other hostages who have eventually been murdered by the group — Cantlie is wearing an orange jumpsuit. 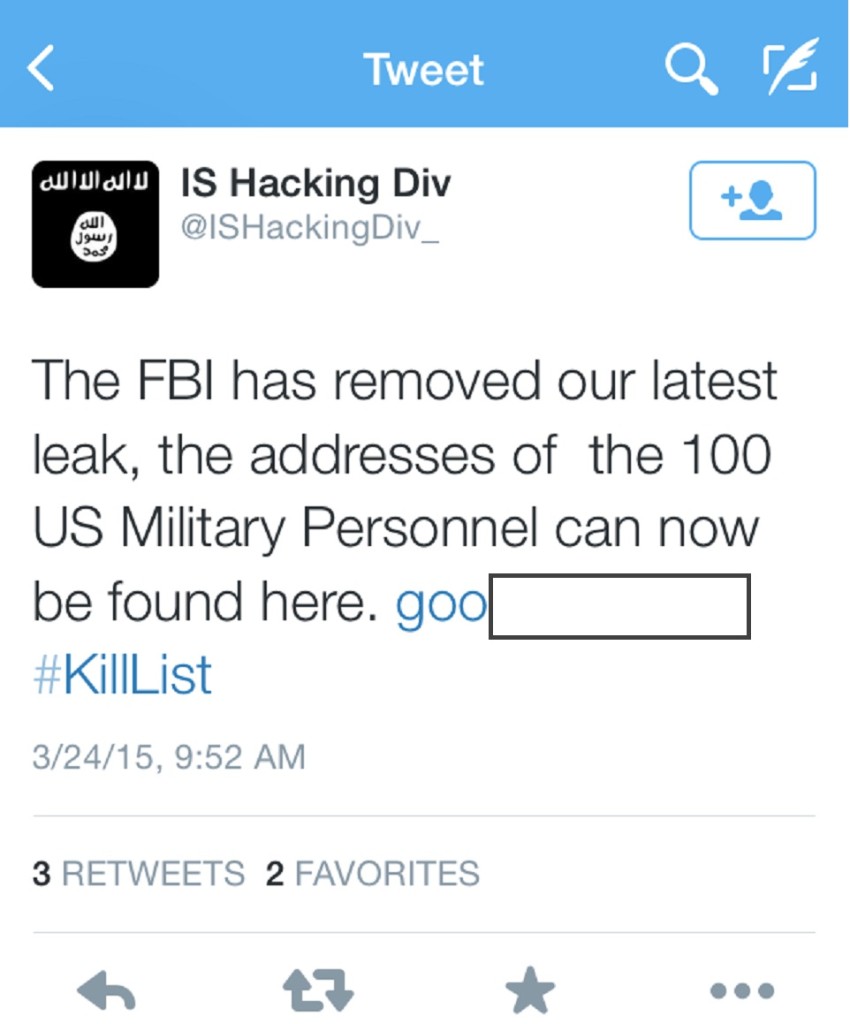 At 1:52 PM (GMT), @ISHackingDiv_ posted a message that advised, “The FBI has removed our latest leak, the addresses of the 100 US Military Personnel can now be found here …” After being brought to the attention of federal law enforcement authorities, the account was suspended. However, at the time of this report’s production, the list was still available online via the link tweeted by this account’s manager(s).

Attributed to the “Islamic State Hacking Division,” a message that accompanied the list called for DA’ISH’s sympathizers in the US to kill the servicemen whose names, photos and addresses were provided therein. The list was originally posted online via JustPaste.it. Anticipating that it would be removed, DA’ISH supporters produced screenshots of it and distributed them via Twitter in recent days. The website now hosting this material has not been taken offline. (We have obscured the link in the screenshots published in this report.) 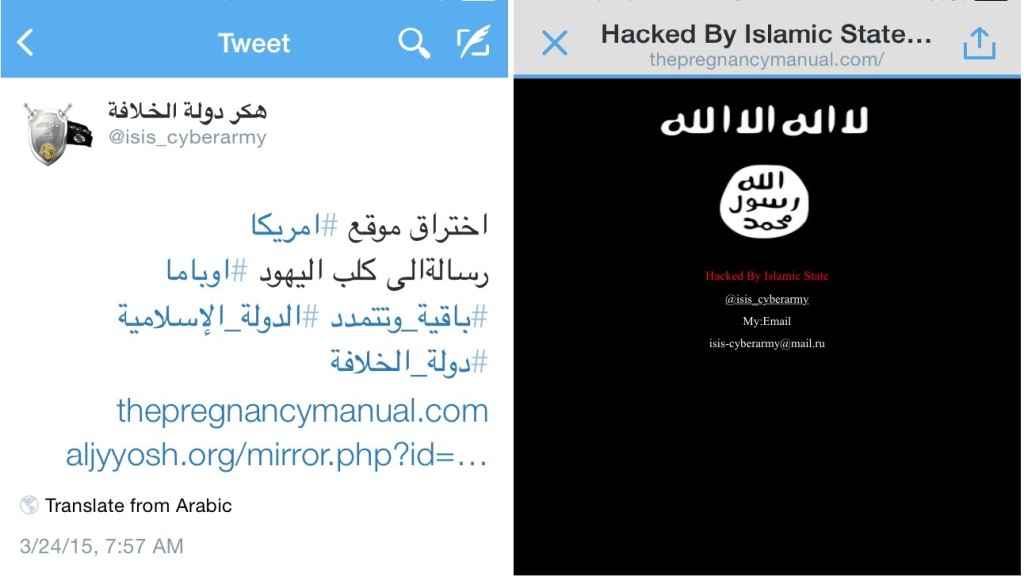 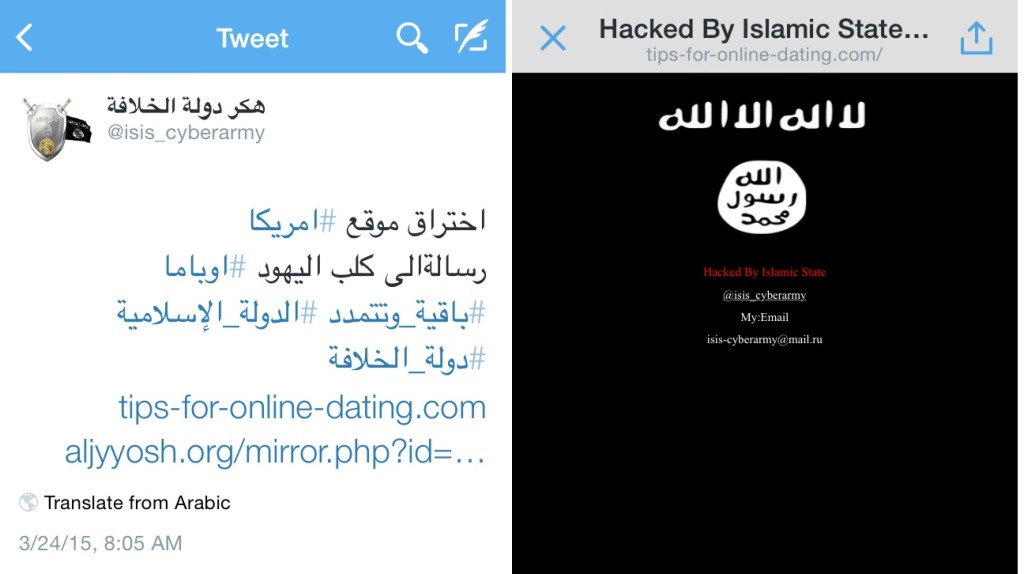 Earlier in the day, in a series of tweets the manager(s) of @isis_cyberarmy highlighted that various websites had been hacked, their normal content replaced by a message that stated:

After posting several tweets like the ones featured on the left in the above sets of screenshots, the account then posted a link to a post at JustPaste.it which highlighted the URLs for dozens of hacked sites.

Clearly, expanding the group’s hacking capabilities is a priority for DA’ISH’s influence operations agents. The individual(s) responsible for breaching USCENTCOM’s Twitter account earlier in the year not only vandalized the account by posting an image of a masked jihadi with text that linked the incident to “ISIS,” but also used the account to post online documents containing contact details for current and former high-ranking military officials. There were corresponding claims that these and other documents posted online at the time were obtained from US government databases that had also been accessed by operatives from DA’ISH’s so-called “Cyber Caliphate.” 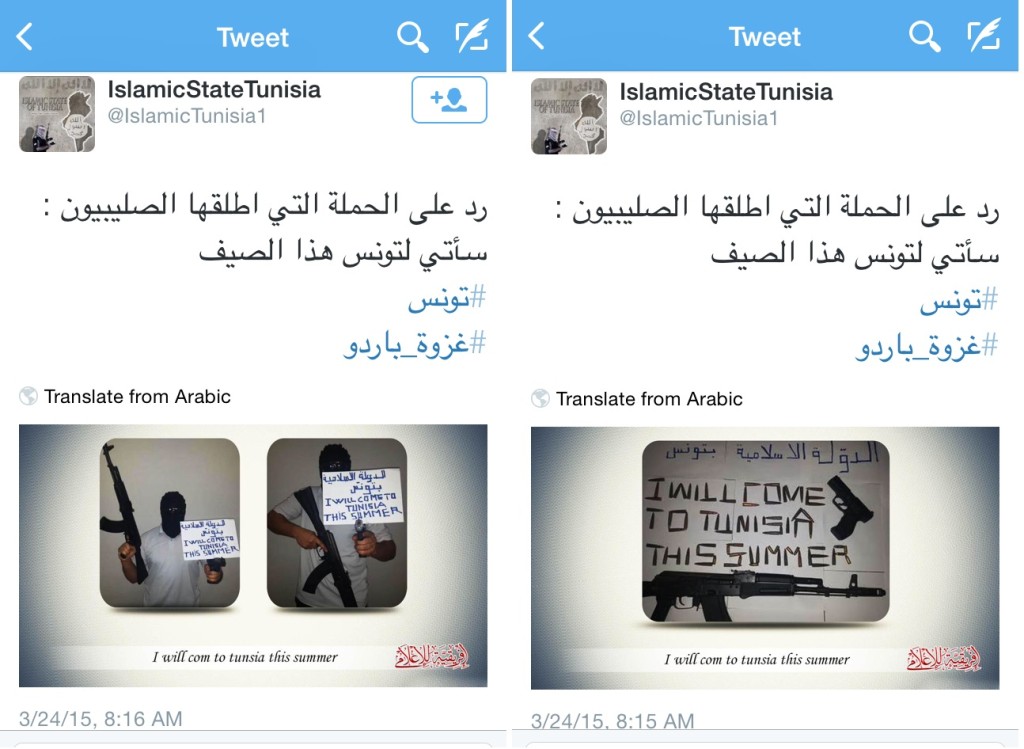 Since claiming credit for the attack executed at Bardo Museum in Tunisia’s capital city earlier in March, DA’ISH has promoted via Twitter information about that attack and the group’s interests in expanding its presence in Tunisia. Two Twitter accounts, @IslamicTunisia1 and @IslamicTunisia2, were established to promote propaganda concerning DA’ISH’s expansion into Tunisia. Prior to being shut down today, these accounts posted photos of a masked jihadi wielding a rifle, pistol and a homemade sign that stated, “I will come to Tunisia this summer.”

The images were also promoted by other, more popular accounts used to promote DA’ISH’s propaganda. They are clearly being used to highlight success with efforts to entice to jihad theaters in Africa jihadis who are unable to fulfill DA’ISH’s calls for hijrah by joining the group in Syria or Iraq. For instance, in his statement issued to advise Boko Haram’s leader that DA’ISH had accepted his pledge of bayat (allegiance) given to “Caliph Ibrahim” (the terrorist formerly known as Abu Bakr al-Baghdadi), thus cementing the merger of Boko Haram with DA’ISH, DA’ISH spokesman Mohamed al-Adnani advised: “Those who have been imprisoned by the tyrants and prevented from emigrating to Iraq, the Levant, Yemen, the [Arabian] Peninsula, or Khurasan [Afghanistan/Pakistan] will not be hindered by Africa, God willing.” (That’s right, al-Adnani referred to DA’ISH’s ambitions to expand its presence in Yemen days before it executed spectacular attacks targeting Shia mosques in Yemen.) 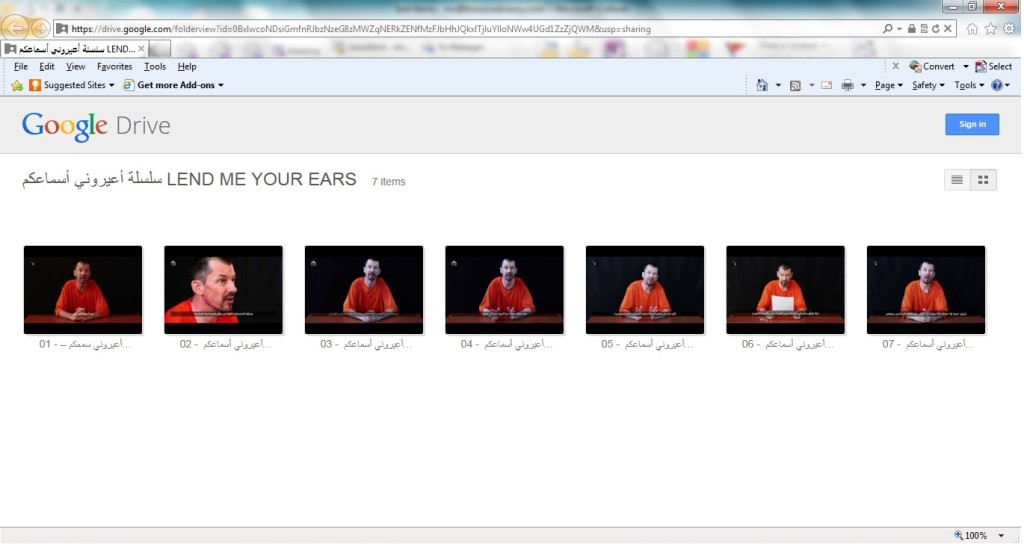 Finally, several popular Twitter accounts managed by DA’ISH propagandists have promoted the initial set of video interviews with British journalist John Cantlie. These videos were posted online via Google Drive, which is increasingly being used by DA’ISH propagandists to host such materials. The seven videos are part of a series titled “Lend Me Your Ears,” in which Cantlie voices criticisms of Western governments’ failures to counter the rise of DA’ISH, as well as the botched effort to rescue him and other hostages.

In “Episode 6” (actually the seventh installment), Cantlie describes himself as “the British citizen abandoned by my government and a prisoner of the Islamic State for nearly two years now.” Continuing he notes, “In this program, I’ll tell you about a failed raid to rescue us …” According to Cantlie, on 4 July 2014, US Special Forces attempted to rescue him and others held hostage by DA’ISH; however, “days beforehand,” DA’ISH moved him and those he was imprisoned alongside of. American journalist James Foley, who was apparently executed in August 2014, was likely among the hostages who were moved in advance of the rescue attempt. It is rumored former presidential speechwriter Ben Rhodes, who is now President Obama’s deputy national security adviser, blocked more than half a dozen proposals to conduct such a raid — ostensibly delaying it so that it would coincide with Independence Day.

It is unclear if DA’ISH propagandists are promoting these videos as a prelude to Cantlie’s execution. In the past, the group has produced such preludes. For instance, the latest edition of DA’ISH’s chief English-language ezine, Dabiq, contained an interview with an alleged “Mossad agent.” A video documenting the same interview, along with his execution was later posted online by the group. Also in that edition of Dabiq, with an article about the group’s Coptic Christian hostages, the group published screenshots from the video highlighting the mass beheading of those hostages in Libya that was also later released by DA’ISH. 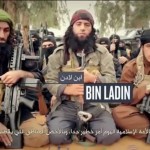 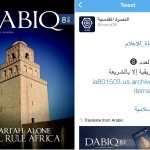