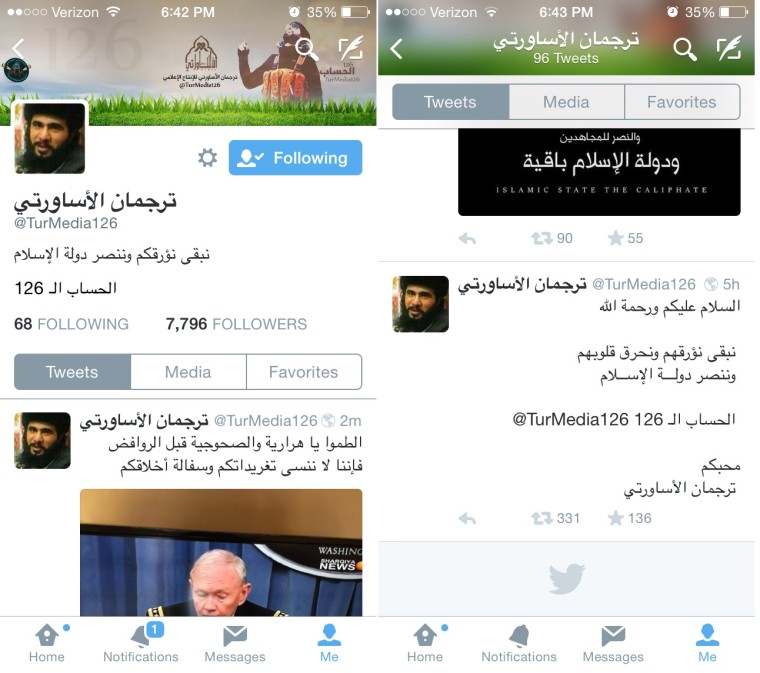 Among the most popular Twitter accounts used to promote propaganda materials engineered to support the Islamic State, or DA’ISH, the accounts with handles beginning @TurMedia, and variations thereof have stood out. On 17 April 2015, the DA’ISH member(s) responsible for these accounts created what they claim is the 126th iteration, @TurMedia126. The account’s launch was promptly promoted by the manager(s) of another popular Twitter account used to distribute the terrorist group’s propaganda, @ommah_news, which was created two days prior and had attracted a following of more than 8,000 accounts. Five hours after the launch of @TurMedia126, the account had attracted nearly 8,000 followers (see above screenshots).

The following are screenshots of some of the tweets from this accounts manager(s) posted during this timeframe. 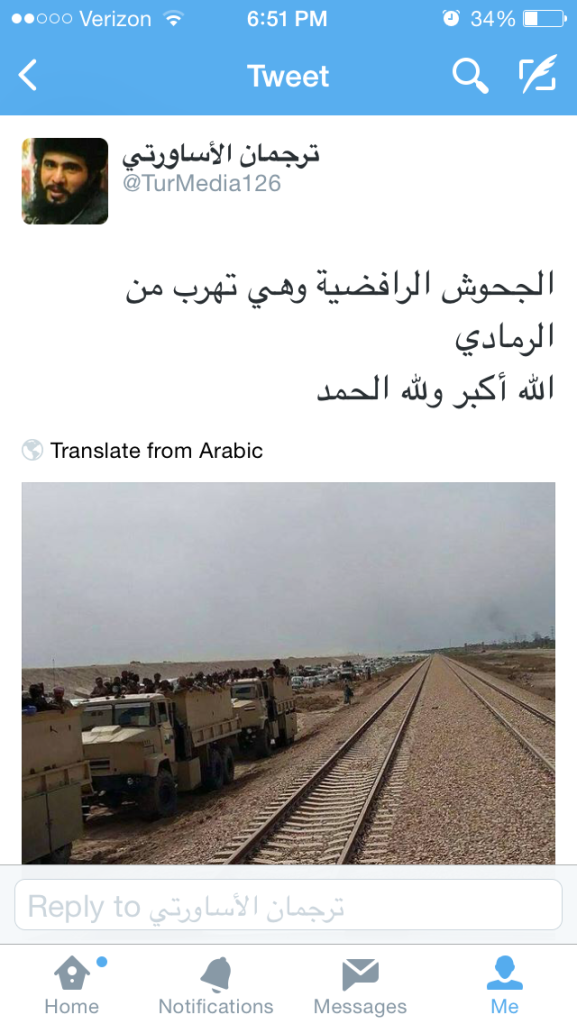 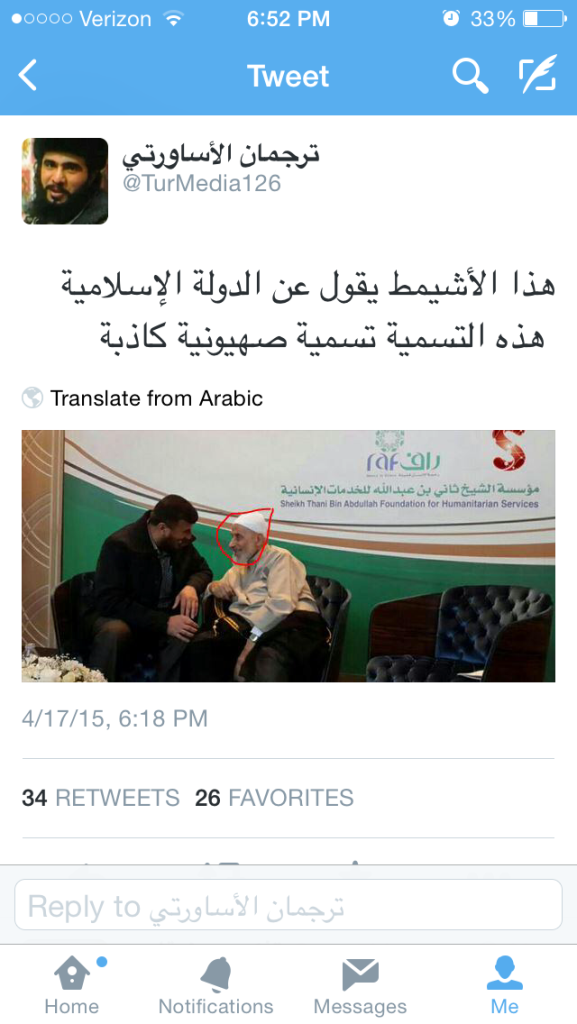 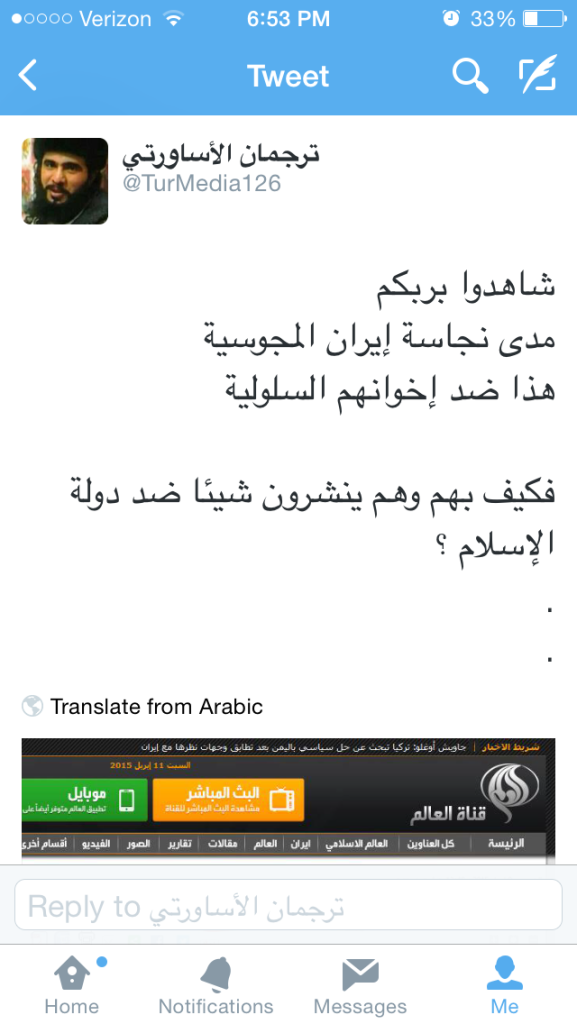 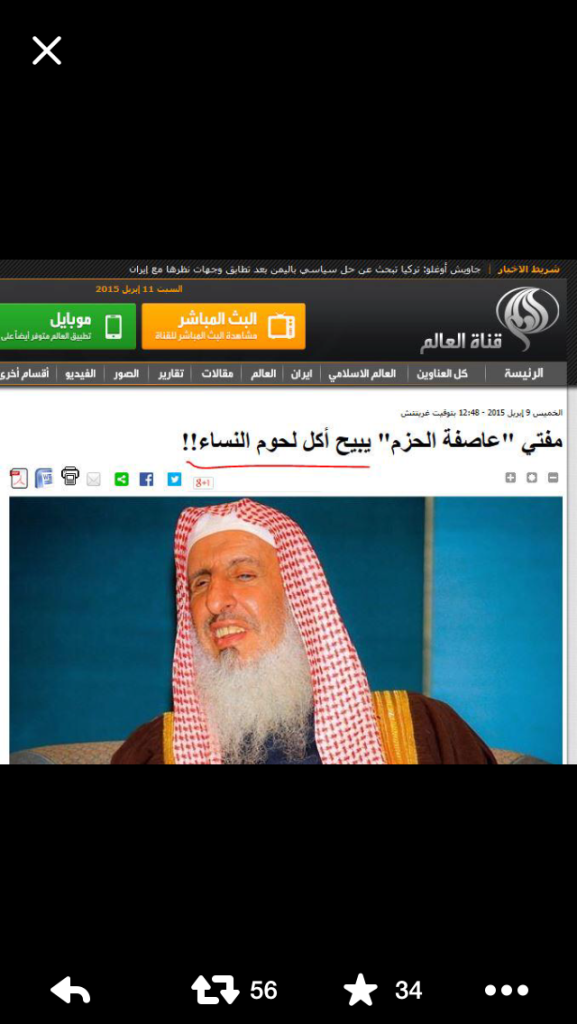 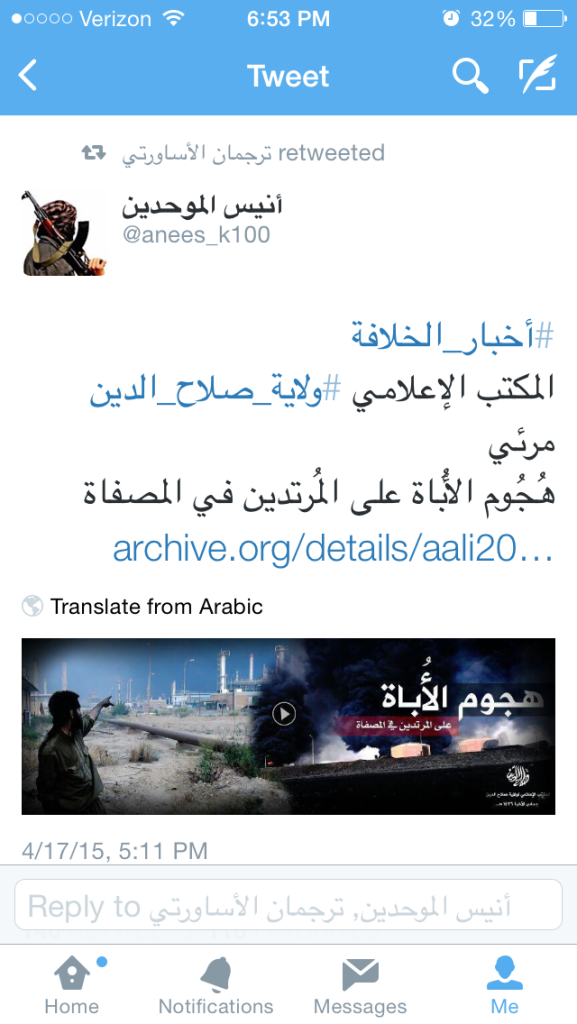 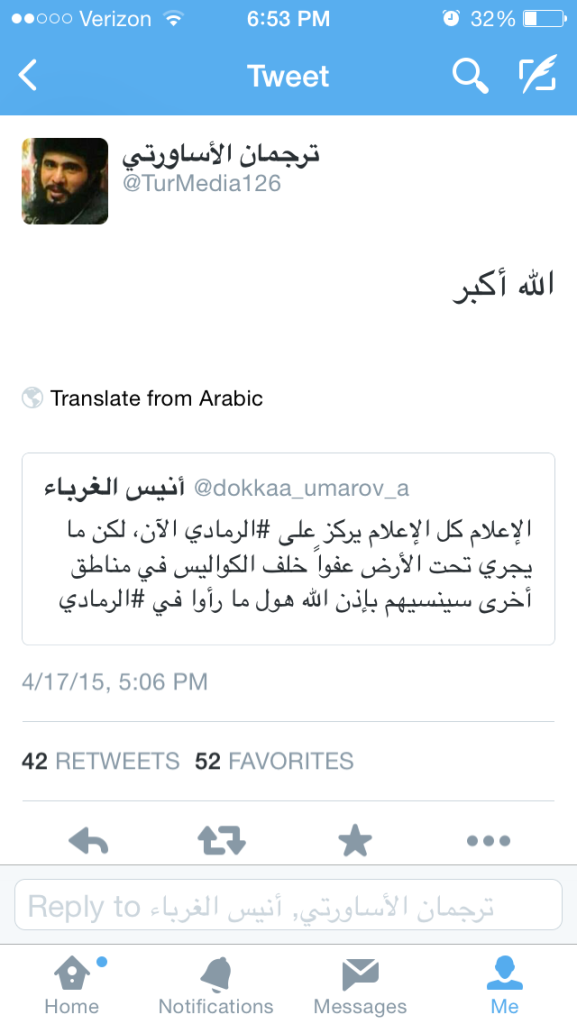 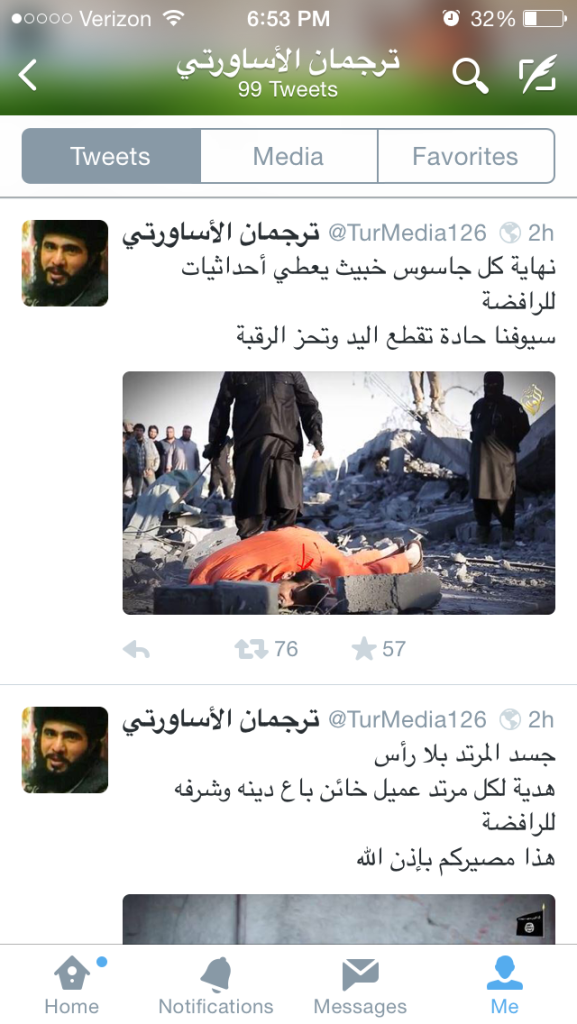 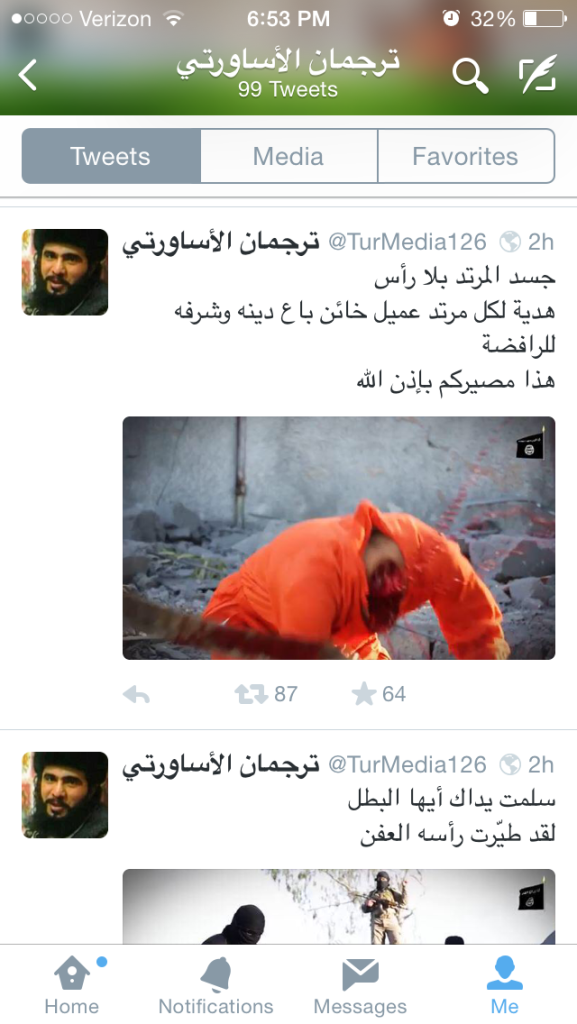 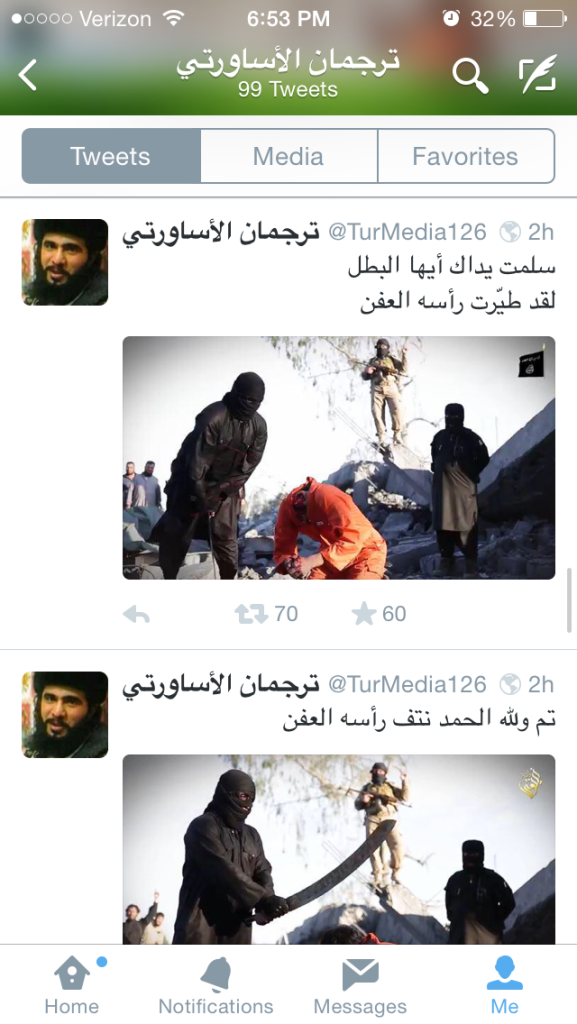 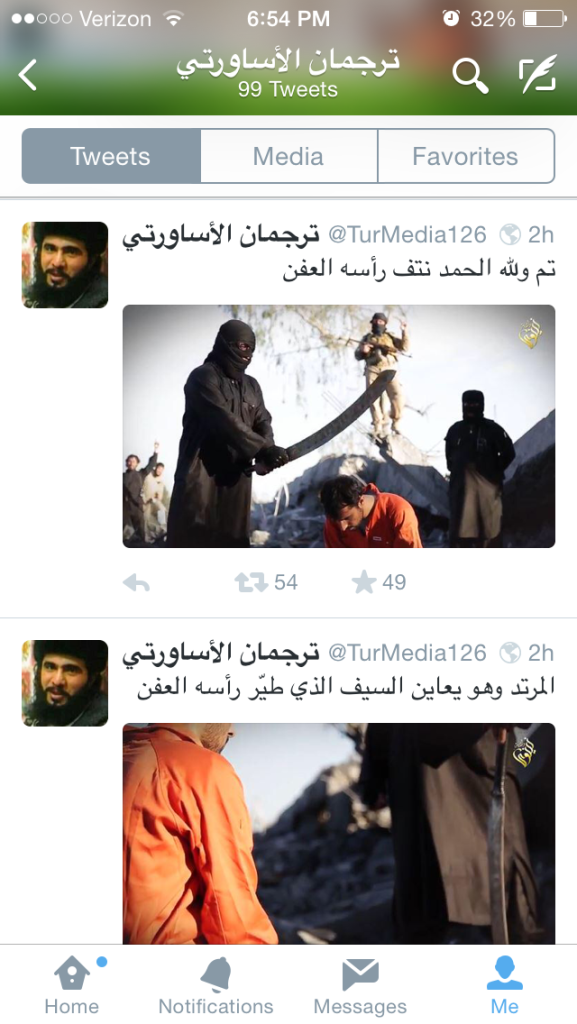 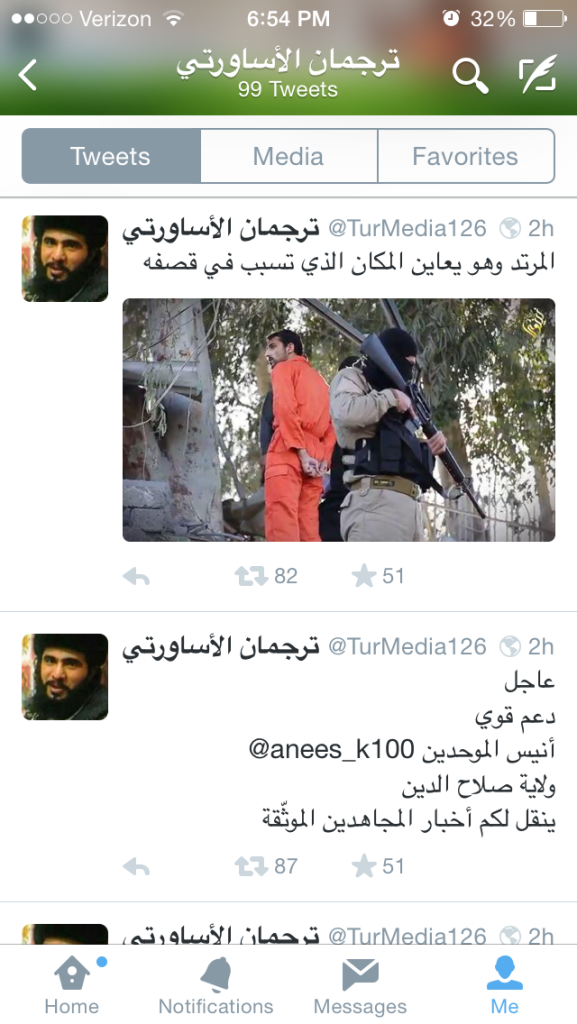 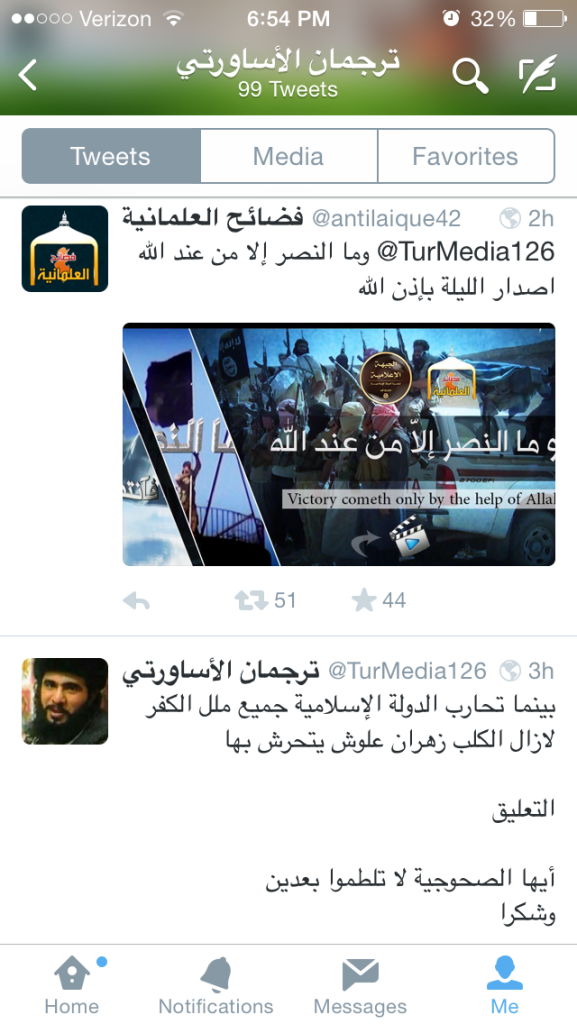 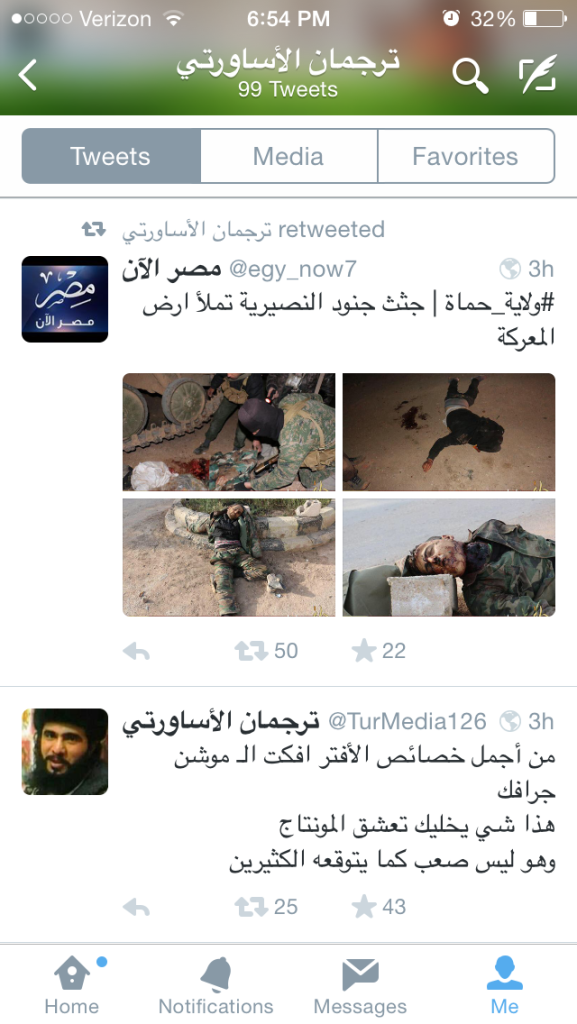 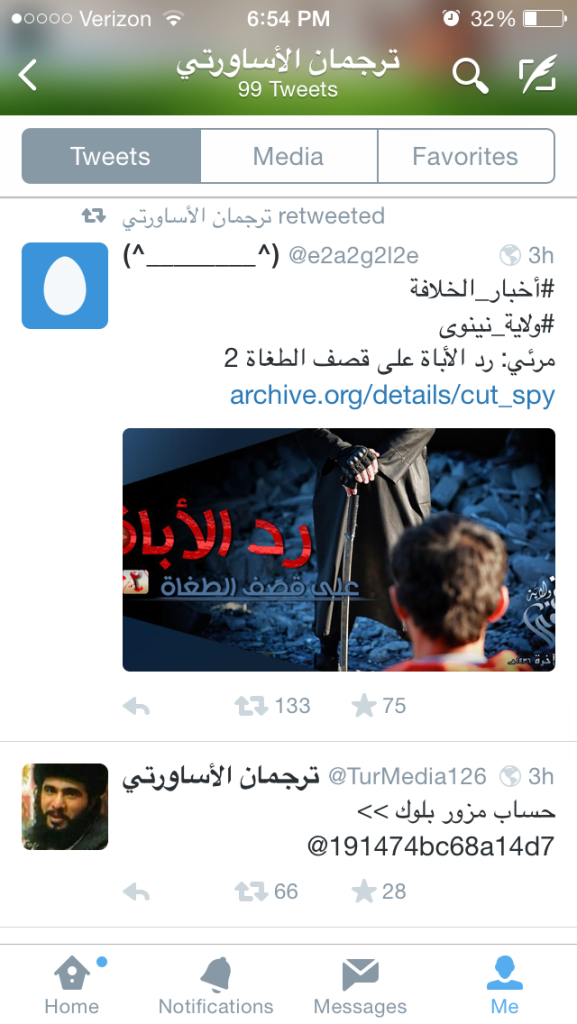 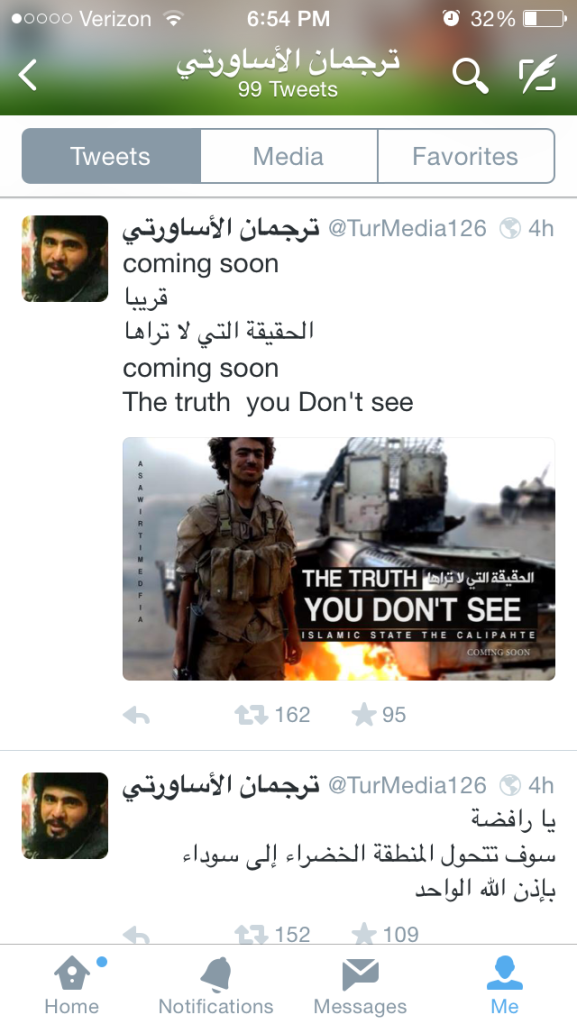 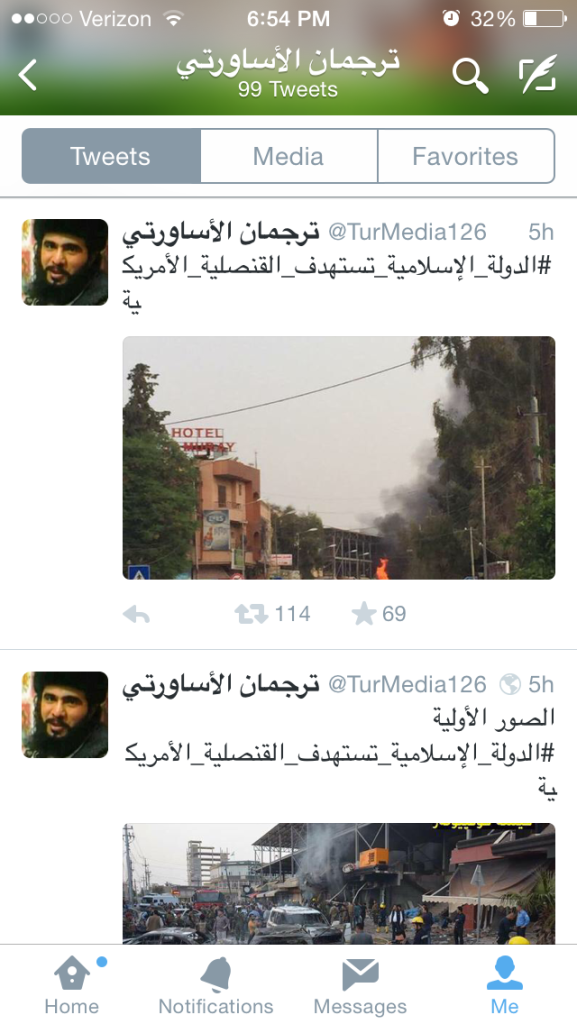 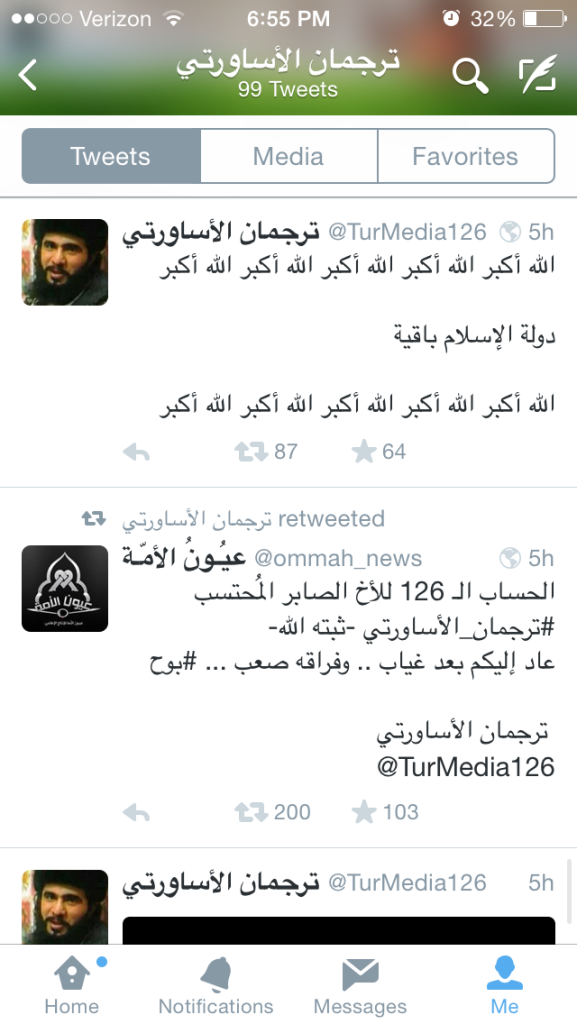 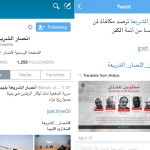 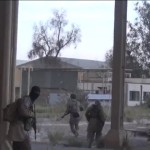