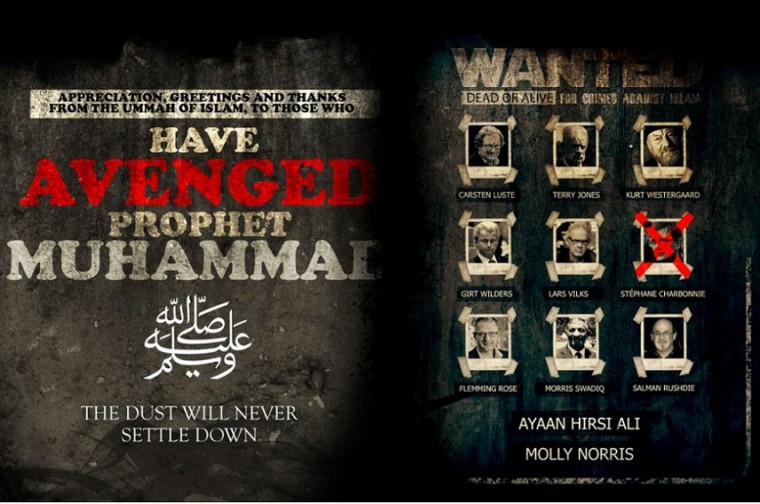 TERRORISM 2015: EUROPE — A LOOK AHEAD
By Ronald Sandee, with Michael S. Smith II

The ongoing counterterrorism operation in Belgium highlights the security challenges confronting most European states. Indeed, it is possible the plot disrupted in Belgium may have been both more deadly than the one in Paris, and more impactful on the wills of other jihadis in Europe to launch other attacks. Meanwhile, it is very likely that disruptions of such plots will also serve to galvanize jihadist elements who aspire to terrorize Western populations. This, after European governments have slashed funding for intelligence and domestic security programs.

Early in the morning on 15 January, Belgian police moved to dismantle an operational terrorist cell linked to the Islamic State (IS) that was poised to launch attacks targeting Belgian police facilities and personnel. Authorities took action in multiple cities, but the center of gravity was the small town of Verviers, located in the Ardennes in eastern Belgium close to the country’s borders with Germany and Luxemburg.

For several years, authorities have been aware Verviers is a place where young men gravitate to radical Islam. Belgian authorities assess that between six and ten young men traveled from Verviers to fight in Syria. Two returnees are of Chechen descent. The others were Moroccan and Algerian. It is unclear whether the two returnees of Chechen descent were the target of the counterterrorism operation executed on 15 January.

A few months ago, the imam of the Assahaba Mosque at la rue de Hodimont in Verviers, convert Franck Amin Hensch, was quoted in the newspaper L’Avenir as having described these young men in these terms: “Just analyze their profiles to understand their situation. These are young people with problems, from disadvantaged families, who are not practitioners of Islam from the start but who returned to their religion at a later age. I can tell you that these men are good young Belgians who eat their fries, but then they appear on the Internet with a Kalashnikov in their hand. Why did they get to that point of no return?”

The growing presence of radicalized young Muslims is not unique to Belgium. The country’s neighbors, France, Germany, and the Netherlands, as well as the Scandinavian countries and Austria all have bigger problems on their hands than their respective governments appear willing to acknowledge. (The same can be said for the UK. There, it is likely we will soon see the fallout of both decades-old liberal immigration policies exploited by adversarial elements, and intelligence officials’ assumptions that jihadist elements with links to groups like al-Qa’ida living in the UK can be managed in a manner that prevents them from threatening the countries’ citizens.)

Propaganda circulated by jihadis via Twitter following the 7-9 January 2015 attacks in France.

Across Europe, large groups of young Muslims have turned away from mainstream Islam, adopting a form of cut-and-paste religion derived from the contents of countless obscure websites and radical clerics’ social media accounts, along with the guidance of charismatic personalities in their immediate environments. As we now see, this has given rise to a new generation of jihadis whose members are willing to travel afar to join the Islamic State, Jabhat al-Nusrah and other groups active in Syria and Iraq — leaving behind the comforts of the West to risk their lives waging jihad.

While it has been difficult for many European governments to accurately account for the number of individuals who have traveled to the Middle East to join the Syrian Jihad, returnees must be monitored.

The challenge for authorities is this: Some returnees are totally unknown to law enforcement, as they were never reported missing, or they know how to evade detection when traveling to and from the Middle East.

A well informed source says intelligence services across Europe are currently in a state of panic. Most states have small intelligence services and overburdened police forces, as European governments are cutting their budgets. Particularly budgets of defense departments, police and other security-related entities. Given such, the morale of many intelligence, military, and police personnel is approaching an all-time low.

With intelligence and law enforcement resources spread thin in most countries, and threats emanating from multiple sources — not only IS or al-Qa’ida, but also from copy cats, lone wolves and lone wolf packs who might or might not have visited a jihadi theater, but have access to the Internet and publications produced by IS and al-Qa’ida like Dabiq and Inspire — a perfect storm is brewing in Europe.

The current trend points to more attacks similar to the ones in Brussels, Ottawa, Sidney and Paris occurring in more countries and in shorter timelines than we have ever witnessed. Some will be linked directly to al-Qa’ida vis-à-vis entities like AQAP, AQIM, Jabhat al-Nusrah, and the so-called “Khorasan Group” of seasoned al-Qa’ida operatives dispatched to Syria to work with al-Nusrah. Others will be linked to IS. And some will be only loosely linked to these terrorist organizations — some inspired, some copy cats.

Europe has never been so insecure and the violence level from terrorism has never been this high. Insecurity is growing and the plots will grow in number and size, but most will not be as sophisticated as those mobilized during the first half of the last decade.

Many plots will be thwarted by Western law enforcement. Still, it will be difficult to disrupt all of them, especially as some jihadis are likely to launch attacks impulsively or in response to news of others’ plots, regardless of whether they are successfully executed.

It is unlikely European authorities will receive significant support for their efforts to identify plots from members of the typically closed communities many candidates for participation in these terrorist plots have either grown up in or joined. (Note:  The US should consider how ineffective many European countries’ countering violent extremism and radicalization (CVE-Rad) programs have proven before continuing to allocate large sums to fund Stateside CVE-Rad programs that are basically replicas of the models developed by European academics.)

Instead, monitoring the illicit flow of weapons in Europe will be central to the success of efforts to detect and disrupt these terrorists’ plots.

In Europe, it is difficult for civilians to acquire weapons that are suitable for use in attacks like the one on the offices of Charlie Hebdo. Fortunately, most of the black market arms dealers active in Europe are known to authorities. And, although al-Qa’ida has highlighted in its propaganda that basic firearms like hunting rifles can be used to kill and terrorize civilians, monitoring these arms dealers is essential. For most jihadis — particularly those who wish to showcase the tactical training they have received in places like Yemen, Syria and Iraq — will rely on the same suppliers the European underworld employs to acquire high-powered, tactical firearms and explosives.

Concurrently, officials must examine lessons learned from the activities of al-Qa’ida facilitation networks established in Europe during the 1990s and following the 9/11 attacks of 2001. Due to the fact that they can anticipate increased attention from authorities, it is doubtful many of the known individuals from these networks who are living freely in places like Austria will play significant roles supporting future plots. Nevertheless, those networks have likely provided important lessons to jihadis who have assembled other, albeit “lighter” support infrastructure to help mobilize attacks in the West. Further, a number of the individuals who were arrested for their involvements with those original facilitation networks have since been released from prison and traveled to countries where components of the al-Qa’ida network have thrived in the post-Arab Spring era, taking with them important insights of ways to move people and resources throughout Europe.

In addition, authorities must look closely at individuals who, like the Kouachi brothers, have known links to terrorist leaders abroad. Strategists from al-Qa’ida and IS are keenly aware that revelations European citizens with known ties to al-Qa’ida and IS leadership figures abroad have supported and/or executed terrorist attacks in Europe will serve to undermine public confidence in the governments of impacted countries. This, in turn, may manifest additional disruptive effects for the security environments of these countries vis-à-vis domestic unrest, increasing the ease with which terrorists can maneuver within them. Indeed, one can only imagine just how much media attention al-Qa’ida or IS might earn from (a) prompting large anti-government protests in Europe, and then (b) executing attacks in the midst of them. 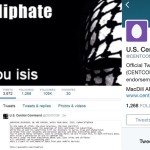 - Previous article « ON THE @CENTCOM BREACH AND CYBER (IN)SECURITY 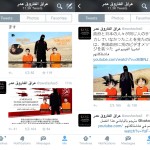 Next article - TRACKING: IS SEEKING [$]200 MILLION RANSOM FOR JAPANESE HOSTAGES »