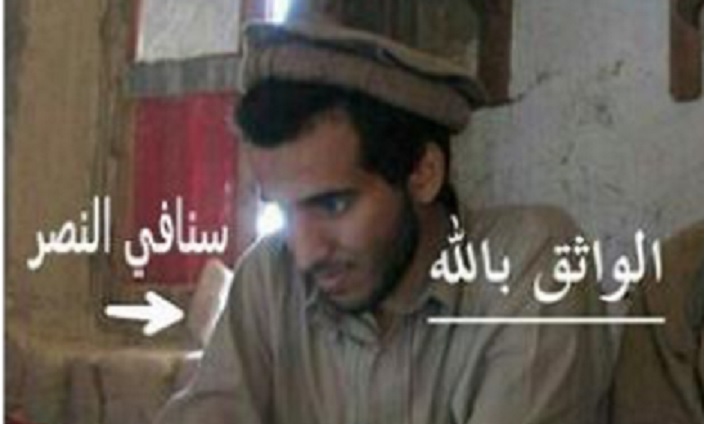 Al-Qa’ida’s present day involvement in Syria spans back to around the time of the second US invasion of Iraq in 2003, when old hands in the bin Laden network in Sudan were tasked by the al-Qa’ida leader to establish a pipeline through Syria to fuel a new jihad theater in Iraq. Since then, a number of important “Core al-Qa’ida” facilitators and ideologues have been present in Syria. Meanwhile, in recent years, the ruthlessness of current and former al-Qa’ida elements active in Syria and proximate environs highlights the expanded use of tactics employed to terrorize local populaces in the FATA that were part of al-Qa’ida’s larger strategy to deter cooperation with foreign intelligence services, especially CIA. Indeed, the brutality of Islamic State actors who have garnered immense interest from news organizations in the West is remarkably similar to that of an elite al-Qa’ida unit tasked with securing al-Qa’ida’s bases in Pakistan in the face of highly-successful drone campaigns a few years ago. Today, members of that unit are now operating in Syria as members of al-Qa’ida’s so-called “Khorasan Unit,” which is evidently grooming foreign fighters from the West to play important roles in al-Qa’ida’s operations in Syria and beyond.

Several of the Syria pipeline architects had run the bin Laden companies based in Sudan during the 1990s, and became the caretakers of those companies after Usama bin Laden returned to Afghanistan. Within weeks of their receipt of bin Laden’s orders to set up new operations in Syria, they secured safe houses and established bases in the vicinity of Aleppo.

For roughly a year thereafter al-Qa’ida’s presence in Aleppo was not only allowed by the Syrian government; the mufti of Aleppo, Sheikh Ahmad Badreddin Hassoun, also permitted al-Qa’ida’s use of Syrian territory to support its jihad against the US and allied forces in Iraq.

The network of al-Qa’ida operatives dispatched to al-Sham soon facilitated the floods of jihadis into Iraq through Syria from both the Arabian Peninsula and North Africa, notably Libya. Many young recruits from North Africa arrived in Syria without any fighting experience, and were flown to Sudan for basic training before entering Iraq.

At some point in 2004, probably due to concerns that this highly-capable al-Qa’ida enterprise could threaten the Syrian government, authorities sought to close the Syria pipeline to Iraq. Nevertheless, al-Qa’ida’s Syria-based network managed to reopen some of its safe houses and training camps in the outskirts of Aleppo. Indeed, recent cruise missiles strikes targeting the headquarters, safe houses and training facilities of the so-called “Khorasan Unit” in the village of Kafr Deryan and the wider surroundings of Aleppo suggest al-Qa’ida’s infrastructure in Syria has been operational for more than a decade.

Important details about the original al-Qa’ida network in Syria can be found in documents captured in a raid in October 2007 along the Iraq-Syria border near Sinjar. Records obtained during the raid reveal that between August 2006 and August 2007 roughly 700 foreign nationals entered Iraq with help from al-Qa’ida facilitators active in Syria.

The Hand of Sheikh Issa al-Masri

In June 2009, Usama bin Laden’s mufti, Sheikh Issa al-Masri (b. 1959), relocated from Iran to Syria, where he assumed responsibility for overseeing al-Qa’ida’s operations in Syria, including al-Qa’ida’s movement of fighters into Iraq. His arrival almost certainly boosted morale for al-Qa’ida operatives and facilitators active in Syria and Iraq.

Issa al-Masri (aka Abu Amr Abd al-Hakim) is a charismatic preacher, trainer and facilitator. Prior to al-Qa’ida’s 9/11 attacks of 2001 he provided “martyrdom operation” courses and helped with ideological indoctrination programs at al-Qa’ida safe houses in Kabul.

In 2003, he relocated to Mir Ali in North Waziristan, where he was wounded in a drone attack late in December 2007. He was then arrested by Pakistan’s military intelligence service, ISI. Following his release in January 2009, he moved to Iran.

Issa al-Masri’s religious teachings are covered in a leaked JTF-GTMO document, the foci of which included “the ‘right to kill all non-believers,’ as well as how to deal with captured Muslim opponents.” This leaked document notes that al-Masri provided a two-week training session for the Syrians and other Arabs who trained at UBL-sponsored camps. This training was considered part of the “final preparation undertaken by the trainees.” The document further explains that al-Masri “provided final approval for the training of suicide operatives. The operational mission training courses included explosives, poisons, document forgery, currency counterfeiting, disguise, and training in Western lifestyle.”

Progress reports on al-Qa’ida trainees enrolled in year-long training programs developed with help from al-Masri were sent to him, bin Laden, and each trainee’s sponsor. Upon completion of training, a trainee was required to spend an additional two weeks with al-Masri and pledge bayat (fealty) to bin Laden, after which the new official al-Qa’ida operative would be deployed on his mission.

The contents of this leaked JTF-GTMO document highlight al-Masri’s important role in shaping the ideology of al-Qa’ida’s operatives in Syria and Iraq, as well as jihadis who are now loyal to the al-Qa’ida offshoot known as the Islamic State. Ultimately, the barbarity that has been a dominant feature of jihadists’ efforts to terrorize local populaces into submission in Iraq and Syria in recent years may be seen as the fruits of Issa al-Masri’s influence.

For a time, Issa al-Masri was operating from Damascus with cover provided by Syrian intelligence. However, the Syrians eventually determined he was a threat and arrested him. It is likely he remains in jail to this day. Risky efforts undertaken by jihadis to free him have highlighted his continued importance to the Global Jihad movement.

The al-Qa’ida enterprise in Syria referred to by US officials as the “Khorasan Unit” consists of a number of jihadis who were members of an elite entity organized in Pakistan in 2010, Lashkar-i-Khorasan. This little-known entity was established in response to increased and highly-successful US drone operations, especially in North Waziristan. Initially led by longtime al-Qa’ida intelligence and security chief Abu Ubaidah Abdullah al-Adam, the group’s primary task — some say its sole mission — was to identify, capture and punish “spies” in the Tribal Areas. It was almost certainly a component of the intelligence wing of al-Qa’ida.

According to a report published by the Los Angeles Times, locals in Pakistan described members of the group as well-trained fighters who often went barefoot, their faces covered with black cloth, with a black band around their heads that read “God is great.” This news report further explained that this group had its own torture cells and detention centers, in which unknown numbers of civilians were killed. Its members recorded the confessions of those accused of spying. Suspects deemed guilty of such activities were often beheaded, and their bodies were hung from trees to warn locals of the consequences they might encounter for acting against jihadist elements. Contravening Islamic customs, the group also forbade locals from burying its victims’ bodies within three days of their execution.

A medical doctor confirmed the group’s members had devised a variety of other unique techniques to terrorize residents, according to the aforementioned news report. One morning he saw 29 human heads placed in a row outside the government hospital in Miram Shah, opposite a security base. Later, militants kicked the heads before local audiences.

US intelligence officials described the so-called “Khorasan Unit” active in Syria as a cell of veteran al-Qa’ida fighters from Afghanistan and Pakistan who traveled to Syria to support Jabhat al-Nusra, while also working to recruit extremists from the West for participation in terrorist plots targeting the West. Almost certainly leveraging the lessons learned by the Khorasan group that launched counterintelligence activities in the Tribal Areas in 2010, the Syria-based al-Qa’ida unit that is presently of greatest concern to the USIC will be difficult to infiltrate.

There are many questions about who the real leaders of this unit are. Following the death of Abu Ubaidah Abdullah al-Adam in April 2013, it seems many of the members of the original Khorasan entity created in Pakistan decamped from the Tribal Areas, and joined the jihad in Syria.

One of al-Adam’s close advisors was the Saudi jihadi known as Sanafi al-Nasr (photo above), an alias of Abdul Mohsen Abdullah Ibrahim al-Sharikh (b. 1985), who was one of the first people to report the death of al-Qa’ida’s intelligence chief. At that moment, al-Nasr was running al-Qa’ida’s network in Iran.

Sanafi al-Nasr probably left Iran soon thereafter to join Kuwaiti al-Qa’ida operative Muhsin al-Fadhli in Syria. It is likely these two experienced al-Qa’ida hands helped establish the so-called “Khorasan Unit” in Syria, and took the lead of it in 2013.

Muhsin al-Fadhli, whose full name was Muhsin Fadi Ayyad al-Fadhli (b. 1981), was reportedly killed earlier this month in the first wave of US strikes on Khorasan facilities around Aleppo. (A Kuwaiti newspaper reported that al-Fadhli’s family members in Kuwait confirmed his death.) Multiple foreign fighters, including Jabhat al-Nusra members from the United Kingdom and three from the Netherlands were also killed during those strikes.

Active on Twitter with a following of more than 23,800 Twitter accounts, at the time of this posting Sanafi al-Nasr has not posted any Tweets since 18 September 2014. His Twitter handle is @Snafialnasr 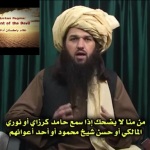 - Previous article « ‘THE PAKISTANI REGIME: THE AGENT OF THE DEVIL’ 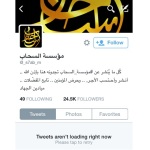