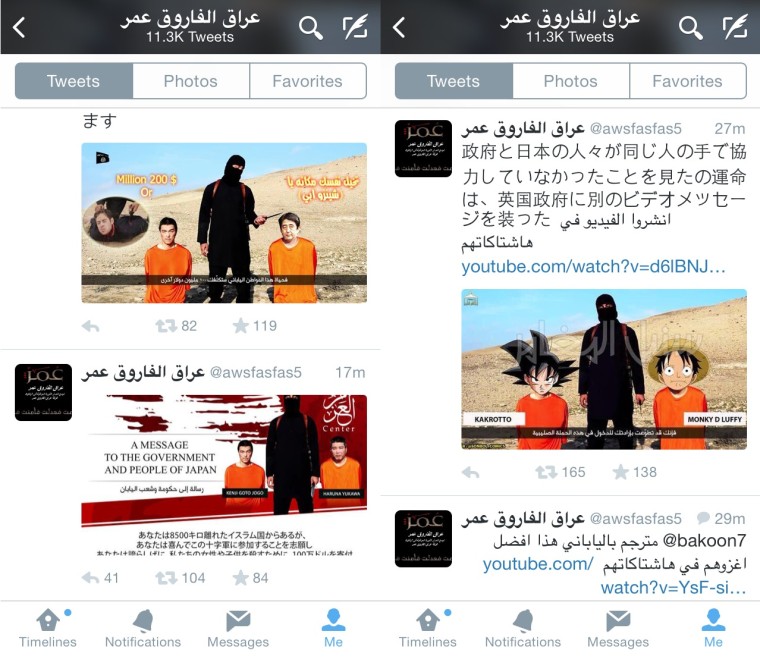 Islamic State supporters are circulating links via Twitter to a 1-minute, 10-second-long English-language video message titled “A Message to the Government and People of Japan,” in which a masked jihadi wielding a knife threatens to kill two Japanese captives if the government of Japan does not deliver a “200 Million” ransom payment. The video is similar to those produced to publicize the beheadings of the group’s Western hostages.

As the masked man begins to speak in English, dressed in orange jumpsuits of similar make to those worn by Global War on Terror detainees held at Guantanamo Bay and other detention facilities, two individuals kneeling to his left and right are identified as Kenji Goto Jogo and Haruna Yukawa. As their faces are obscured, it is unclear if the individuals in the footage posted to YouTube that was reviewed by the DOWNRANGE team are in fact the two Japanese hostages the masked man threatens to kill. Meanwhile, their faces are not obscured in a written version of the ransom message distributed via Twitter by accounts used to promote Islamic State propaganda (screenshot below). (Note: The team is working to determine if a version of the video in which the faces of captives therein are not obscured is available.)

UPDATE: The DOWNRANGE team has discovered an alternate version of the ransom demand video, in which the hostages’ faces are not obscured. This other version features different indicia in the upper left corner than the version originally covered in this report, and does not contain Japanese subtitles. 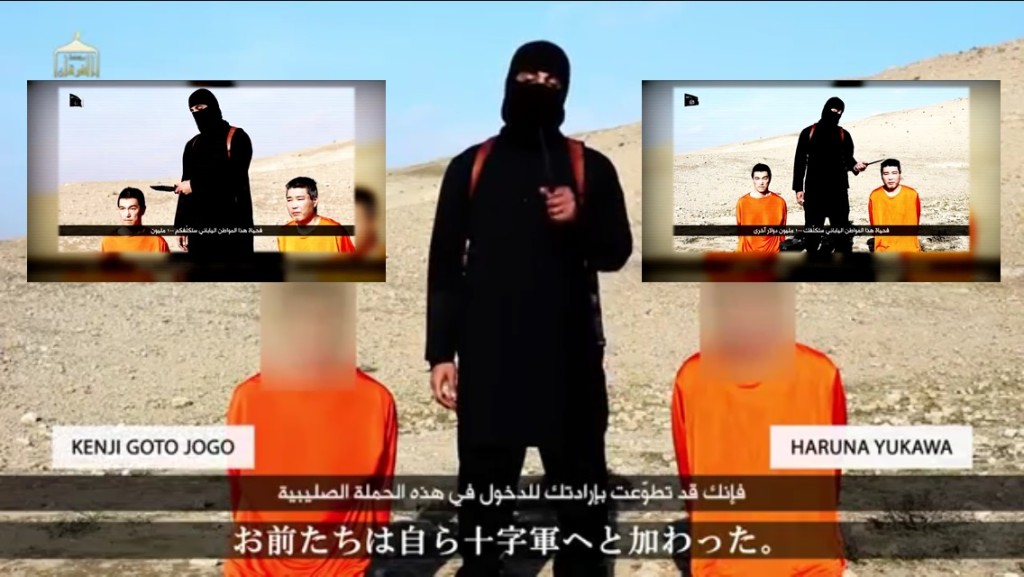 Above: Screenshots of two versions of the ransom demand video

Addressing the Prime Minister of Japan, as Arabic and Japanese subtitles appear on screen, the masked man states:

Continuing, the masked man concludes the message with the following remarks:

While the video message does not specify the denomination, the masked man is ostensibly requesting a $200 Million ransom payment, for various social media accounts used to promote IS propaganda are distributing altered stills of the video featuring ransom amounts identified using the US Dollar sign (example above).

In addition, a Twitter account used to promote IS propaganda that has amassed a following of more than 25,000 accounts is distributing satirical images related to the ransom demand. In one, the two hostages are portrayed as the captors of the masked man who demands the $200 Million ransom payment in the aforementioned video (example below). In another, which appears to be developed using a still from the aforementioned ransom video, faces of Japanimation figures are imposed over the faces of the kneeling individuals (example above). 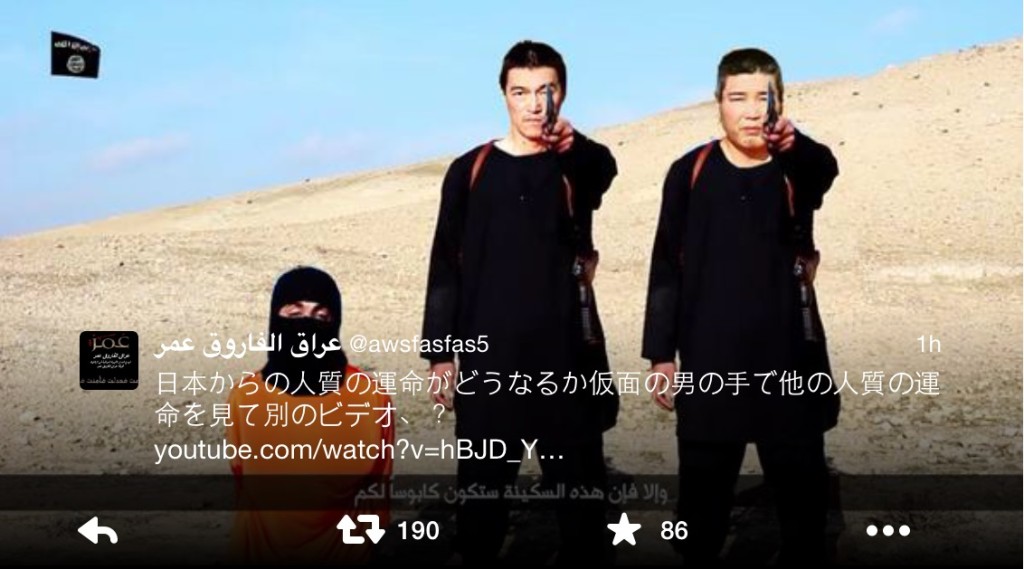 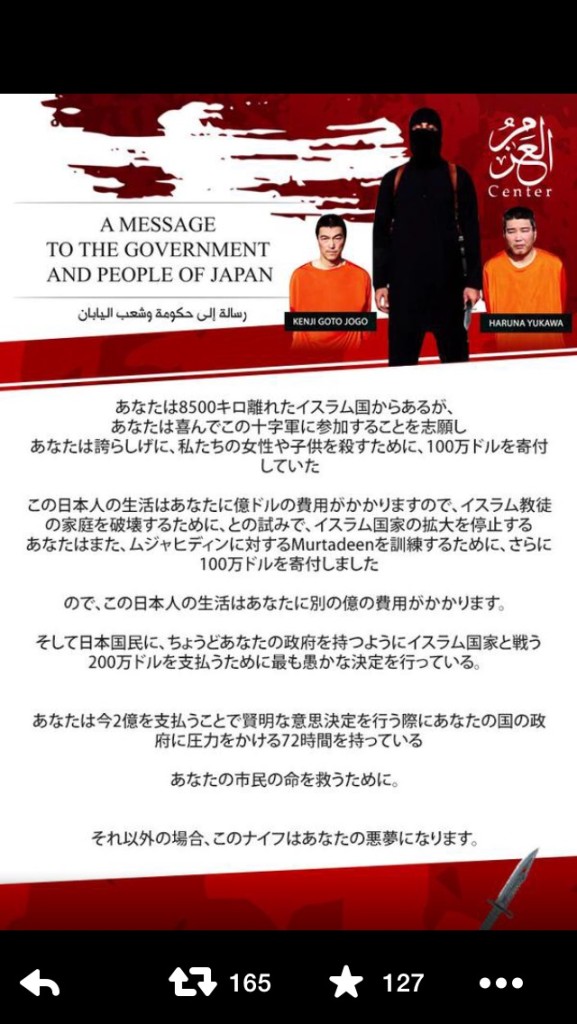 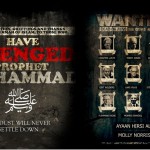 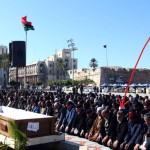