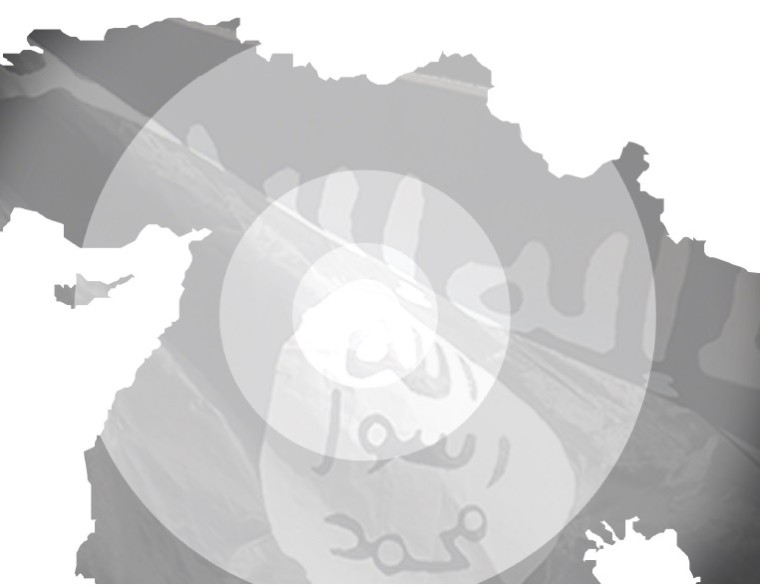 GROWING DISCORDANCE WITHIN THE GLOBAL JIHAD MOVEMENT: ‘THIS IS THE PROMISE OF ALLAH’

GROWING DISCORDANCE WITHIN THE GLOBAL JIHAD MOVEMENT: ‘THIS IS THE PROMISE OF ALLAH’
By Michael S. Smith II

In a message titled “This Is the Promise of Allah” that was issued on the first day of Ramadan, the Islamic State (formerly the Islamic State of Iraq and al-Sham) declared its establishment of a caliphate, and proclaimed that “it is incumbent upon all Muslims to pledge allegiance to the khalifah Ibrahim [previously referred to by the kunya Abu Bakr al-Baghdadi] and support him (may Allah preserve him).” IS spokesman Abu Muhammad al-Adnani al-Shami explained the group has declared the establishment of a caliphate pursuant to guidance from the group’s shura. Accordingly, its members determined IS “has no shar’i (legal) constraint or excuse that can justify delaying or neglecting” the establishment of a caliphate spanning “from Aleppo to Diyala.” Foretelling more fighting between Salafi-Jihadist groups active in the Syrian Jihad, the validity of IS’s declaration was promptly dismissed by numerous influential groups active in the Syrian Jihad, including Jabhat al-Nusrah, the official manager of al-Qa’ida’s portfolio in Syria.

Central to the argument framed to justify both this move and the assertion that IS’s establishment of a caliphate serves to nullify the “legality” of “all emirates, groups, states, and organizations” are the following themes:

Succession:  “the purpose for which Allah sent His messengers and revealed His scriptures, and for which the swords of jihad were unsheathed.”

Obligation:  “… a wajib kifa’I (collective obligation) that the ummah sins by abandoning. It is a forgotten obligation. … It is the khilafah (caliphate).”

Leadership:  “Know that your leaders will not find any arguments to keep you away from the jama’ah (the body of Muslims united behind a Muslim leader), the khilafah, and this great good, except for two false and weak excuses.”

In this message, the term is first used in allusion to the successive adherence by early generations of Muslims (i.e. the Salaf) to a model of governance established by the Prophet, and referred to as the caliphate when his father-in-law Abu Bakr assumed the title “caliph” following the Prophet’s death (632 CE). Next, it concerns the matter of legitimacy with respect to who may rightfully assume the title of caliph. (In this case, adherence to the Sunni tradition is obviously of greatest concern.)

In al-Adnani’s words, without the existence of a caliphate, “authority becomes nothing more than kingship, dominance and rule, accompanied with destruction, corruption, oppression, subjugation, fear, and the decadence of the human being and his descent to the level of animals.” He then explains that Allah did not provide a model of governance that entails “succession” (i.e. continuity of a caliphate as a model from one generation to the next) to engender a “condition” of existence characterized primarily by concerns over “kingship, subjugation, dominance, and rule.” Rather, al-Adnani asserts that “succession is to utilize all that for the purpose of compelling the people to do what the sharia (Allah’s law) requires of them concerning their interests in the hereafter and worldly life, which can only be achieved by carrying out the command of Allah, establishing His religion, and referring to His law for judgment.”

The matter of who may rightfully claim the title caliph has historically been an issue of great concern for Muslims. Following the death of the Prophet, dissenting views served to perpetuate the establishment of Islam’s two largest sects, Sunnism and Shiism.

Tending to this area of concerns, al-Adnani notes the newly installed caliph (previously referred to by the kunya Abu Bakr al-Baghdadi) is a “descendent from the family of the Prophet,” and refers to him as a member of the Quraysh tribe, from which the dynasties of the Ummayad, Abbasid and Fatimid caliphates descended.

A brief dissertation on the history of Islam is used as the backdrop for the assertion that, following the Prophet’s establishment of a model of governance, it became the collective obligation of the ummah to preserve it. As noted, this model of governance became known as the caliphate. In the 1920s, the last caliphate was abolished by Turkish President Mustafa Kemal.

Endeavoring to emulate the lives of the Salaf is perceived as a paramount obligation for adherents of the radical neo-traditions of Salafi-Jihadist groups like IS. As such, this message’s description of the impact of this model of governance on early Muslims almost certainly also offers a window of IS’s plans and aspirations (emphasis added):  “They abandoned nationalism and the calls of jahiliyyah (pre-Islamic ignorance), raised the flag of la ilaha ill Allah (there is no god but Allah) and carried out jihad in the path of Allah with truthfulness and sincerity. So Allah raised them through this religion and honored them by having them carry its message. He bestowed His grace on them, and made them the kings and masters of the world.”

According to tradition, the existence of a caliphate compels members of the ummah to acknowledge the caliph as the leader of Islam. Logically, its establishment would also render unnecessary the continued existence of disparate groups and/or movements concerned with reasserting the primacy of Islam in all aspects of life vis-à-vis reestablishment of a caliphate. To this end, al-Adnani delivers the following notification:  “As for you, O soldiers of the platoons and organizations, know that after this consolidation and the establishment of the khilafah, the legality of your groups and organizations has become invalid.”

A sense of urgency with respect to the matter of acknowledging the new caliph’s leadership is conveyed within the announcement:  “The land now submits to his [Ibrahim’s] order and authority from Aleppo to Diyala. … So rush O Muslims and gather around your khalifah, so that you may return as you once were for ages, kings of the earth and knights of war.” Further, although groups like Jabhat al-Nusrah are not referenced by name, their members are put on notice that refusal to pledge loyalty to the caliph is considered apostasy:  “We — by Allah — do not find any shar’i (legal) excuse for you justifying your holding back from supporting this state. … It is not permissible for a single person of you who believes in Allah to sleep without having wala’ (loyalty) to the khalifah.”

Indeed, inasmuch as a mandate for support is proffered, so too is a warning:  Refusal to pledge loyalty to the caliph is a violation of sharia. For takfiris comprising the ranks of Salafi-Jihadist groups, noncompliance with sharia merits death, for one has turned his back on Islam.

IS’s anticipation of rejection of this declaration is evident in more than portions of this message that address groups competing for influence in Syria, or serve to hurl insults at the Ikhwan, which is referenced by name. There are growing reports IS is building up its resources in Syria. For instance, the day IS announced the establishment of a new caliphate, IS fighters in al-Raqqa reportedly paraded through the city heavy weaponry seized during recent operations in Iraq.

The question is: Is IS overplaying its hand?

Evident in the group’s official communications, as well as the communications of its supporters beyond the Middle East, is the view that this group has achieved far more than all other Salafi-Jihadist groups striving to reestablish a caliphate.

Yet in the Middle East, perceptions matter far more than facts. Meaning a contest for leadership in the Global Jihad movement will most likely boil down to who can run the most effective PR campaign within Salafi-Jihadist spheres. Although IS’s declaration of a caliphate is a bold attention-getting play, it is likely the case that al-Qa’ida’s senior leaders still hold a comparative advantage in the PR game.

Meanwhile, al-Qa’ida’s and IS’s ostensibly competing efforts to unify the ummah through the reestablishment of a caliphate appear to be yielding far more discord than harmony within the Global Jihad movement. Taking into consideration this state of affairs, for terrorism analysts concerned with identifying exploitable tensions within this movement it seems the fruit has rarely hung so low. 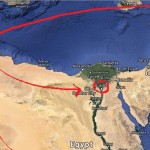 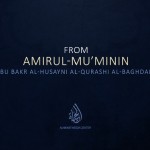