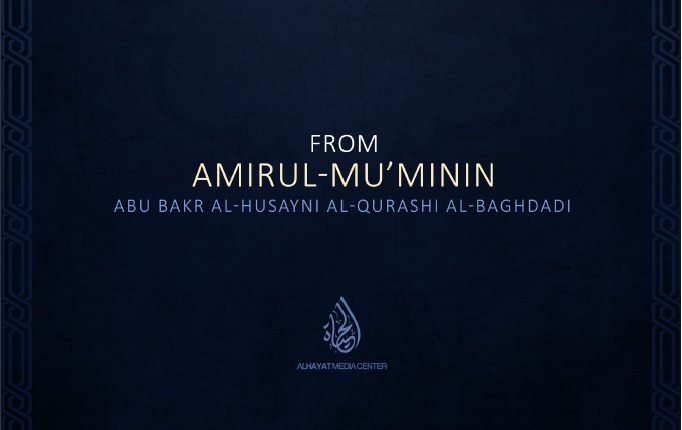 Following the Islamic State’s declaration it has established a caliphate, its newly-appointed “caliph” delivered his first address, titled “A Message to the Mujahidin and the Muslim Ummah in the Month of Ramadan.” As the message’s title suggests, jihad is the central theme, and the jihad called for by the terrorist formerly known as Abu Bakr al-Baghdadi is both violent and global in scope. Further, by highlighting acts of “terrorism” perpetrated against Muslims the world over, and proclaiming his followers will respond in kind, al-Baghdadi characterizes the jihad he is promoting as defensive. In many respects, such pronouncements are unsurprising. For, in addition to IS’s campaign focused on engineering a façade of legitimacy for its newly-formed so-called “caliphate,” al-Baghdadi is also competing with Ayman al-Zawahiri for influence over the Global Jihad movement. The support of which is critical to the success of IS’s new project (i.e. growing the caliphate, as was done by the Salaf). Meanwhile, focused on cultivating foreign as well as local support for the caliphate, the concluding two sections of al-Baghdadi’s message seem to reveal the so-called “caliph” is concerned the progeny of his jihad may be stillborn. Indeed, evident in IS’s announcement of its establishment of this caliphate, along with the group’s pre-announcement buildup in Syria of heavy weaponry apparently seized during recent operations in Iraq (such as the SCUD missile paraded through al-Raqqa Monday), was anticipation that proximate Salafi-Jihadist groups would reject IS’s declaration of a caliphate and related demands for their support. Given such, al-Baghdadi’s call for supporters of the caliphate to migrate to the territories controlled by IS, coupled with his orders for IS fighters to treat inhabitants of these areas with kindness, likely reflect concerns his group’s latest push for hegemony in the Syrian Jihad will serve to galvanize anti-IS sentiments among both jihadis active in Syria and inhabitants of territories controlled by IS which, combined, could overwhelm his group. In effect, inasmuch as this message constitutes an attempt by al-Baghdadi to cast himself in the light of a steward of the Global Jihad movement’s interests, it is also a call for reinforcements. Moreover, this message serves to warn his men that, if they continue to treat local populaces as brutally as they did prior to their establishment of this caliphate, their violent tendencies could serve to erase their hard-fought gains in both Syria and Iraq.

Go forth, O mujahidin in the path of Allah. Terrify the enemies of Allah and seek death in the places where you expect to find it, for the dunya (worldly life) will come to an end, and the hereafter will last forever. …

O mujahidin in the path of Allah, truly the matter is that of Allah’s religion and His commodity. You only have one soul, and an appointed time of death that will neither be hastened nor delayed. It is a matter of Paradise and Hellfire, happiness and misery. As for the religion of Allah, then it will be victorious. Allah has promised to bring victory to the religion. And as for Allah’s commodity, then it is precious and valuable. Indeed His commodity is costly. Indeed His commodity is Paradise. As for the soul, then what a lowly, miserable, wretched soul it is if it does not seek what is with Allah and does not support the religion of Allah. …

Next, he offered context for the jihad he is advocating, the focus of which is global in scope (transcript excerpts; emphasis added):

Indeed, the ummah of Islam is watching your jihad with eyes of hope, and indeed you have brothers in many parts of the world being inflicted with the worst kinds of torture. Their honor is being violated. … Muslims’ rights are forcibly seized in China, India, Palestine, Somalia, the Arabian Peninsula, the Caucasus, Sham (the Levant), Egypt, Iraq, Indonesia, Afghanistan, the Philippines, Ahvaz, Iran [by the rafidah (shia)], Pakistan, Tunisia, Libya, Algeria and Morocco, in the East and in the West.

So raise your ambitions, O soldiers of the Islamic State! For your brothers all over the world are waiting for your rescue, and are anticipating your brigades. It is enough for you to just look at the scenes that have reached you from Central Africa, and from Burma before that. What is hidden from us is far worse.

Soon, by Allah’s permission, a day will come when the Muslim will walk everywhere as a master, having honor, being revered, with his head raised high and his dignity preserved. Anyone who dares to offend him will be disciplined, and any hand that reaches out to harm him will be cut off.

So let the world know that we are living today in a new era. … The Muslims today have a loud, thundering statement, and possess heavy boots. They have a statement that will cause the world to hear and understand the meaning of terrorism, and boots that will trample the idol of nationalism, destroy the idol of democracy and uncover its deviant nature.

So listen, O ummah of Islam. Listen and comprehend. Stand up and rise. For the time has come for you to free yourself from the shackles of weakness, and stand in the face of tyranny, against the treacherous rulers – the agents of the crusaders and the atheists, and the guards of the Jews.

O ummah of Islam, indeed the world today has been divided into two camps and two trenches, with no third camp present: The camp of Islam and faith, and the camp of kufr (disbelief) and hypocrisy — the camp of the Muslims and the mujahidin everywhere, and the camp of the Jews, the crusaders, their allies, and with them the rest of the nations and religions of kufr, all being led by America and Russia, and being mobilized by the Jews.

Indeed the Muslims were defeated after the fall of their khilafah (caliphate). Then their state ceased to exist, so the disbelievers were able to weaken and humiliate the Muslims, dominate them in every region, plunder their wealth and resources, and rob them of their rights. They accomplished this by attacking and occupying their lands, placing their treacherous agents in power to rule the Muslims with an iron fist, and spreading dazzling and deceptive slogans such as: civilization, peace, co-existence, freedom, democracy, secularism, baathism, nationalism, and patriotism, among other false slogans.

Continuing, al-Baghdadi asserted governments who oppose the existence of a caliphate regard Islam as terrorism (excerpts):

Those rulers continue striving to enslave the Muslims, pulling them away from their religion with those slogans. So either the Muslim pulls away from his religion, disbelieves in Allah, and disgracefully submits to the manmade shirk (polytheistic) laws of the east and west, living despicably and disgracefully as a follower, by repeating those slogans without will and honor, or he lives persecuted, targeted, and expelled, to end up being killed, imprisoned, or terribly tortured, on the accusation of terrorism. Because terrorism is to disbelieve in those slogans and to believe in Allah. Terrorism is to refer to Allah’s law for judgment.

Next, his polemic narrative focused on the “terrorism” of governments which, in this context, al-Baghdadi is calling for jihad to be waged against (excerpts):

All this is not terrorism. Rather it is freedom, democracy, peace, security, and tolerance! Sufficient for us is Allah, and He is the best Disposer of affairs. …

Moving on, al-Baghdadi issued what amounts to a demand for Muslims to join IS in Syria and Iraq (excerpts; emphasis added):

O Muslims everywhere, glad tidings to you and expect good. Raise your head high, for today — by Allah’s grace — you have a state and khilafah, which will return your dignity, might, rights, and leadership. It is a state where the Arab and non-Arab, the white man and black man, the easterner and westerner are all brothers. It is a khilafah that gathered the Caucasian, Indian, Chinese, Shami, Iraqi, Yemeni, Egyptian, Maghribi (North African), American, French, German, and Australian. Allah brought their hearts together, and thus, they became brothers by His grace, loving each other for the sake of Allah, standing in a single trench, defending and guarding each other, and sacrificing themselves for one another. Their blood mixed and became one, under a single flag and goal, in one pavilion, enjoying this blessing, the blessing of faithful brotherhood. If kings were to taste this blessing, they would abandon their kingdoms and fight over this grace. So all praise and thanks are due to Allah.

Therefore, rush O Muslims to your state. Yes, it is your state. Rush, because Syria is not for the Syrians, and Iraq is not for the Iraqis. The earth is Allah’s. {Indeed, the earth belongs to Allah. He causes to inherit it whom He wills of His servants. And the [best] outcome is for the righteous} [Al-A’raf: 128].

The State is a state for all Muslims. The land is for the Muslims, all the Muslims. O Muslims everywhere, whoever is capable of performing hijrah (emigration) to the Islamic State, then let him do so, because hijrah to the land of Islam is obligatory. …

He concluded the address with the following cautionary guidance for his fighters (excerpts; emphasis added):

O soldiers of the Islamic State, do not be awestruck by the great numbers of your enemy, for Allah is with you. I do not fear for you the numbers of your opponents, nor do I fear your neediness and poverty, for Allah (the Exalted) has promised your Prophet (peace be upon him) that you will not be wiped out by famine, and your enemy will not himself conquer you and violate your land. Allah placed your provision under the shades of your spears. Rather, I fear for you your own sins. Accept each other and do not dispute. Come together and do not argue. Fear Allah in private and public, openly and secretly. Stay away from sins. Expel from your ranks those who openly commit sin. Be wary of pride, haughtiness, and arrogance. Do not become proud on account of gaining some victories. Humble yourselves before Allah. Do not be arrogant towards Allah’s slaves. Do not underestimate your enemy regardless of how much strength you gain and how much your numbers grow.

I also remind you to attend to the Muslims and the tribes of Ahlus-Sunnah (the Sunnis) with goodness. Stay awake guarding them so they can be safe and at rest. Be their support. Respond with kindness if they do you wrong. Be gentle with them, giving them as much pardon as you can. Persevere, endure, and remain stationed. Know that today you are the defenders of the religion and the guards of the land of Islam. You will face tribulation and malahim (fierce battles). Verily, the best place for your blood to be spilled is on the path to liberate the Muslim prisoners imprisoned behind the walls of the tawaghit. So prepare your arms, and supply yourselves with piety. Persevere in reciting the Quran with comprehension of its meanings and practice of its teachings.

This is my advice to you. If you hold to it, you will conquer Rome and own the world, if Allah wills. …

- Previous article « GROWING DISCORDANCE WITHIN THE GLOBAL JIHAD MOVEMENT: ‘THIS IS THE PROMISE OF ALLAH’ 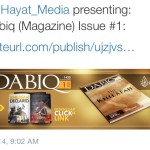