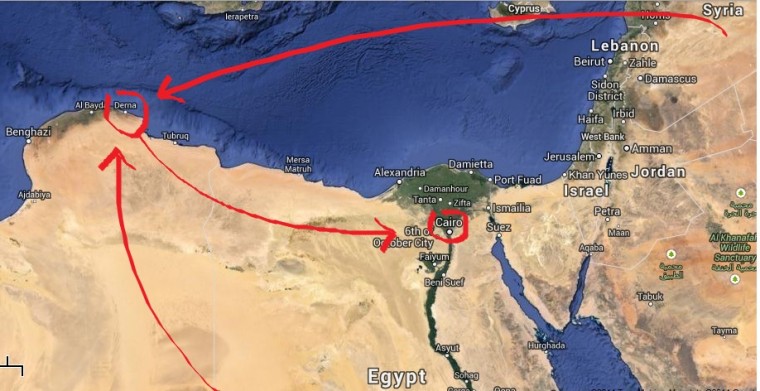 In recent weeks, the Egyptian government and the Egyptian press have reported extensively about an Islamist militia that is being trained in Libya to invade Western Egypt. According to the reports, the Free Egyptian Army (FEA) is based in the Derna area of eastern Libya and recently graduated its first 700, plus recruits. Despite the claim in a recent article in the weekly English edition of the semi-state newspaper Al-Ahram that “the hysterical reporting of stories about the Libyan-based Free Egyptian Army betrays a blatant disregard of fact,” it seems that something newsworthy is going on in Libya. Indeed, according to Egyptian press reports, the first 700-800 fighters of the FEA are awaiting orders to enter Western Egypt to attack military and government installations in the country.

The names of frequently-mentioned leaders include:

Others reportedly involved in the training of the Free Egyptian Army are al-Qa’ida’s liaison in Libya, Abd al-Baset Azzouz, and seasoned Algerian terrorist leader and desert warfare specialist Mokhtar Belmokhtar.

Much has been reported about Mokhtar Belmokhtar during the past year. In short, he is the most seasoned and most deadly jihadi asset in the Sahel, and he is currently based in Libya.

Indeed, given that these individuals are involved with FEA, it’s hard to understand why words like “hysterical” have been used to describe reporting about this entity.

Interestingly, in early July 2013 two tweets were posted using “Free Egyptian Army.” However, the FEA was not mentioned again until the story broke in the Egyptian press.

In recent weeks the following information was published in Egypt:

The most detailed reports about the FEA appeared in the Saudi newspaper Al-Watan. Sabra al-Qasimi, the general coordinator of the Islamic Alliance to Renounce Violence told Al-Watan that a first group of about 750 fighters, mostly Egyptians, but also including nationals from European, African and Arab countries, recently held a graduation ceremony in the forests near the Libyan city of Derna. Al-Qasimi alleges their training was supported by the Libyan Muslim Brotherhood. Al-Qasimi was also said the groups are preparing to cross the border with Egypt, and have received financial support for operations from Qatar. He claims to have documents that prove the involvement and support of the Qatari government in Doha.

In his interview, al-Qasimi further advised that most members of the FEA are members of al-Qa’ida cells. Accordingly, some are affiliated with Syrian groups collaborating with al-Qa’ida, and others have spent many years in Afghanistan and Pakistan. He also noted the establishment of the FEA was done in complete secrecy.

In another article in Al-Watan, the link with the Muslim Brotherhood is explained, along with the involvements of Iran and Turkey. The Egyptian government released a statement mentioning that Turkey, Qatar and Iran were seen as the countries behind the 2011 Egyptian Revolution:

The investigations of the General Prosecution revealed that the International Ikhwan Organization has committed acts of violence and terrorism inside Egypt to spread rampant chaos and schemed a terrorist plot that included the alliance of the MB leaders in Egypt with some foreign organizations, i.e. the Islamic Resistance Movement (Hamas), the military arm of the International Ikhwan Organization, Hezbollah, which has close relations with the Iranian Revolutionary Guard, and other organizations inside and outside the country that embrace extremist Takfiri ideologies. It also masterminded arms smuggling from the western borders through the desert, arranging for MB elements infiltration into Gaza Strip through tunnels with the aid of elements of Hamas for military training by Hezbollah and the Iranian Revolutionary Guard elements on martial arts and the use of weapons. Then, those elements returned back, with other elements from those organizations, and allied with other elements of Takfiri groups in Sinai to put the training they received into action, offer media training for other MB elements through courses outside the country on how to spread rumors and direct public opinion in service of the International Ikhwan Organization, open communication channels with the West through Qatar and Turkey. In addition, the International Ikhwan Organization and some foreign countries have supported the MB leaders in Egypt through transferring the funds required for implementing the criminal plot and spreading chaos in the country. The implementation of that plot started in 2005 and was completed during the January 25th, 2011 Revolution by taking advantage of the incidents that took place.

Without mentioning a name, it was alleged a prominent Turkish businessman linked to the international organization of the Global Muslim Brotherhood has been engaged in discussions with Qatar and Iran concerning opportunities to infiltrate Egypt. Allegedly, he also sought help with acquiring night vision goggles.

Finally, it has been reported African members of the Muslim Brotherhood are being recruited and paid in cash for their participation in the FEA.

Much remains unclear about what is going on in Libya. Although reporting in the Egyptian media might be a bit over the top, it is certainly not imprudent for Egyptian authorities — or Western authorities concerned with disrupting al-Qa’ida’s activities — to be concerned about reports of the aforementioned elements’ activities in Libya.

For years, jihadi training camps have existed in southeastern Libya close to the Sudanese border. Further, reinforcements from as far as Somalia and Sudan were present in Mali when the French Operation Serval started in January 2013.

Moreover, the Sahara’s most effective jihadi leader, Mokhtar Belmokhtar, who joined forces with the Movement for Unity and Jihad in West Africa (MUJAO), a jihadi group responsible for multiple suicide attacks in the Sahel since early last year, is currently based in Libya and has given his allegiance to al-Qa’ida emir Ayman al-Zawahiri.

According to Egypt’s State Prosecution Office, Khairat al-Shater, a deputy general guide of the Muslim Brotherhood and the man responsible for its finances, gave Mohamed al-Zawahiri, the brother of al-Qa’ida emir Ayman al-Zawahiri, millions of dollars to procure arms and open a facilitation line to the Syrian jihad. This information was obtained from Mohamed al-Zawahiri himself, following his arrest last year in Egypt. In his statement al-Zawahiri said that part of the money was given to Thirwat Shehata in Libya, who was leading operations there. Accordingly, the Muslim Brotherhood could use up to 35 snipers from jihadi groups inside Egypt.

Al-Zawahiri also reportedly confessed that “the Brotherhood asked to transfer a number of jihadis coming from Syria and Gaza to the Egyptian lands as Egypt had become a land of Jihad.” He said he responded positively to the request, and made calls to AQAP in Yemen and AQIM in Mali to coordinate the transfer of fighters to Egypt. 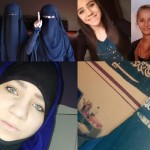 Next article - GROWING DISCORDANCE WITHIN THE GLOBAL JIHAD MOVEMENT: ‘THIS IS THE PROMISE OF ALLAH’ »