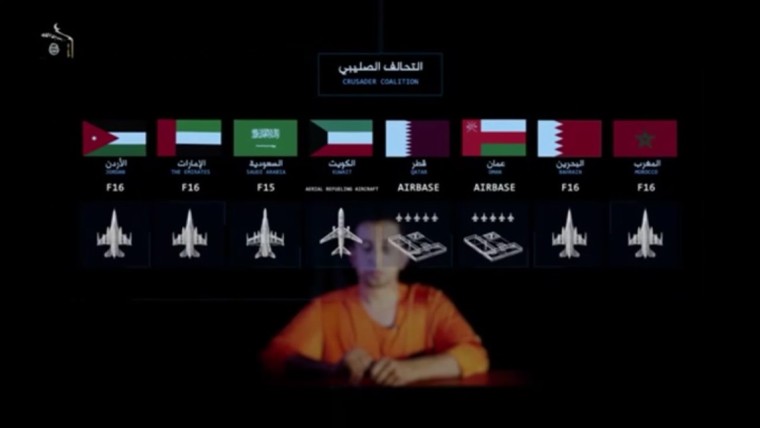 On 3 February 2015, in addition to promoting a lengthy hit list comprising “apostate” pilots’ names, IS IO operatives promoted at least four “Wanted Dead” posters containing photos of military pilots, along with information about their military rank and their addresses. Marked “Crusader ID,” these posters resemble the “Security Database” materials highlighted in the video produced to broadcast footage of the murder of Lieutenant Mu’ath al-Kaseasbeh, which was released earlier in the day. More recently, an Arabic-language audio message concerning the hit list was released by IS (available here). Meanwhile, according to a Jordanian official, it was assessed Lt al-Kaseasbeh was murdered roughly a month prior to 3 February 2015, the date upon which the video documenting his murder emerged online. This means that, if the information concerning pilots on the hit list was provided by Lt al-Kaseasbeh, IS has had nearly a month to plan attacks targeting servicemen engaged in anti-IS operations.

Cropped versions of the “Wanted Dead” posters were distributed by the manager(s) of a popular Twitter account used to promote IS propaganda, @AsawirtilSTu, which has since been suspended. Meanwhile, another popular Twitter account used to promote such propaganda, @fata_maan_1, was among several such accounts that posted full versions of these posters, which are designed to look like screenshots produced while viewing contents of IS’s “Security Database.” At the time of this material’s publication, @fata_maan_1 was still an active account, with a following of more than 9,400 Twitter accounts.

The four versions distributed by the manager(s) of @fata_maan_1 provide information about Major Qays Ahmad Ar-Rawashah, Major Ata Nawif as-Sarayrah, First Lieutenant Abdullah Hasan al-Manasir, and Captain Uday al-Qarallah. Address details in Jordan are provided for each, along with satellite images of residential facilities that were likely generated using Google Maps. In addition, a Facebook page address is provided for Lt al-Manasir, whom, according to the poster featuring information about him, resides at Muwaffaq al-Salti Air Base.

The Jordanian fighter pilot Mu’ath al-Kaseasbeh, whose murder was documented in the video released 3 February 2015, shared with his captors that he began his final mission at Muwaffaq al-Salti Air Base. In an interview published in the sixth edition of the Islamic State’s English-language magazine, Dabiq, which was distributed late in December 2014, al-Kaseasbeh provided the following details concerning his final mission, including the name and rank of another Jordanian pilot who participated in airstrikes with him on 24 December 2014:

We took off to Iraq from Muwaffaq al-Salti Air Base — in the city of al-Azraq in Zarqā’ Governorate — at 6:15 AM. We received aerial refueling at 7:55, then went to the waiting area where we were met up by a party consisting of Saudi F15s, Emirati F16s, and Moroccan F16s. We entered the region of ar-Raqqah to sweep the area, then the striker jets entered to begin their attack. My plane was struck by a heat-seeking missile. I heard and felt its hit. The other Jordanian pilot in the mission – the first lieutenant pilot Saddām Mardīnī – contacted me from a participating jet and told me that I was struck and that fire was coming out of the rear nozzle of my engine. 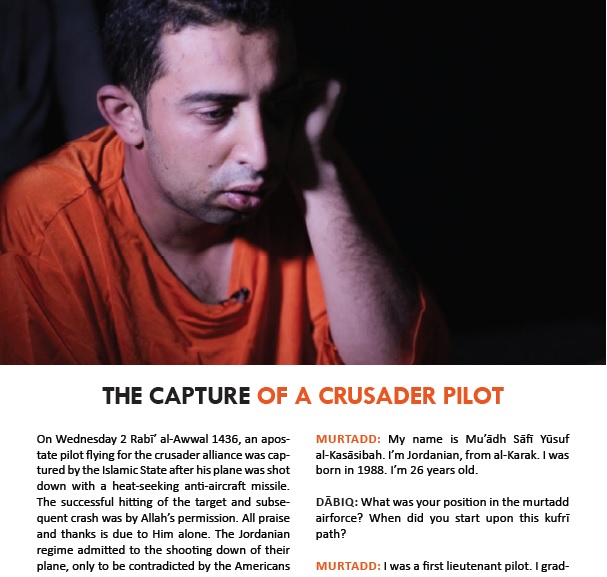 As the interview concluded, Lt al-Kaseasbeh was asked, “Do you know what the Islamic State will do with you?” He reportedly answered: “Yes … They will kill me …”

As documented in the video produced to showcase his gruesome murder, before Lt al-Kaseasbeh was burned alive by Islamic State members who captured him on 24 December 2014, the Jordanian fighter pilot shared detailed information concerning the military operations of anti-IS coalition partners. In addition to discussing the dynamics of various Arab states’ collaborations with that which corresponding graphics described as the “Crusader Coalition” — comprised of the US, France, Britain, Canada, and Australia — Lt al-Kaseasbeh also issued critical remarks concerning the Hashemite Kingdom of Jordan’s counterterrorism partnership with Israel.

Asked how the flight missions are coordinated, he advised:

There are American bases in Qatar where the missions are planned, targets are decided, and assignments are distributed. They draw out the missions for every participating country a day before. The participating parties are informed of their assignments by 4 o’clock the next day. The Americans use aerial snipers, satellites, spies, and drones taking off from Gulf countries to determine and study targets. We are given aerial maps and pictures of the targets.

Continuing, asked if he had met with “the American crusaders,” he answered:

Of course. There are around 200 Americans in Muwaffaq al-Salti Air Base. Amongst them, there are about 16 US pilots, one of which is female, with the remainder of the 200 serving as technicians, engineers, and in other support roles. The Americans sometimes have dinner with us and eat mansaf, which they like a lot. Their talk does not include details about operations because of matters of secrecy and security.

Lt Kaseasbeh went on to note that an American pilot, whose mission he said began at Muwaffaq al-Salti Air Base, was killed in early December 2014. Accordingly, his plane crashed in Jordan while flying in the direction of Iraq.

It is possible details Lt al-Kaseasbeh presented his captors about the anti-IS coalition’s military activities were the fruits of an effort to deceive his captors. It is also possible the misgivings voiced concerning Jordan’s collaboration with Israel were the stuff of a disingenuous attempt to appeal to his captors’ sensibilities in order to dissuade their ideologically-driven inclinations to kill him.

However, it is unlikely a coincidence that, on the date IS IO operatives distributed links to the video of Lt al-Kaseasbeh’s murder, IS IO operatives circulated a hit list containing the names of “apostate” pilots. Nor is it likely a coincidence that, the same day, IS IO operatives distributed several “Wanted Dead” posters containing photos and information about foreign fighter pilots stationed in Jordan. Particularly as the graphic design features of the list are consistent with graphic design features found in the computer animation-intensive video showcasing Lt al-Kaseasbeh’s murder. And particularly as graphic design features of the “Wanted Dead” posters containing information about foreign military officers stationed in Jordan match those of various segments in the video that documents the murder of Lt al-Kaseasbeh.

The “Wanted Dead” posters distributed on 3 February 2015 are posted below. Images of the hit list circulated the same day are available upon request. 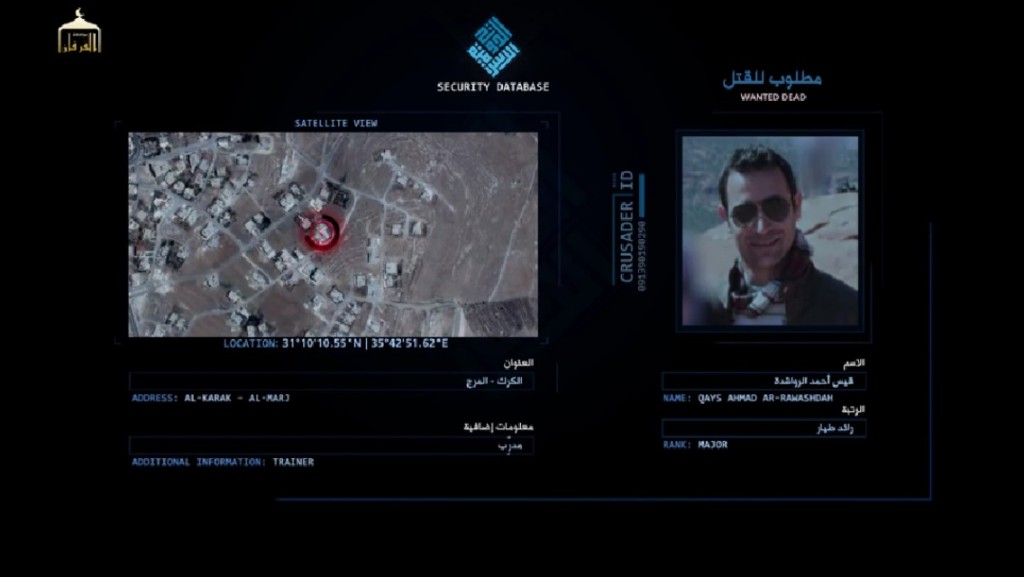 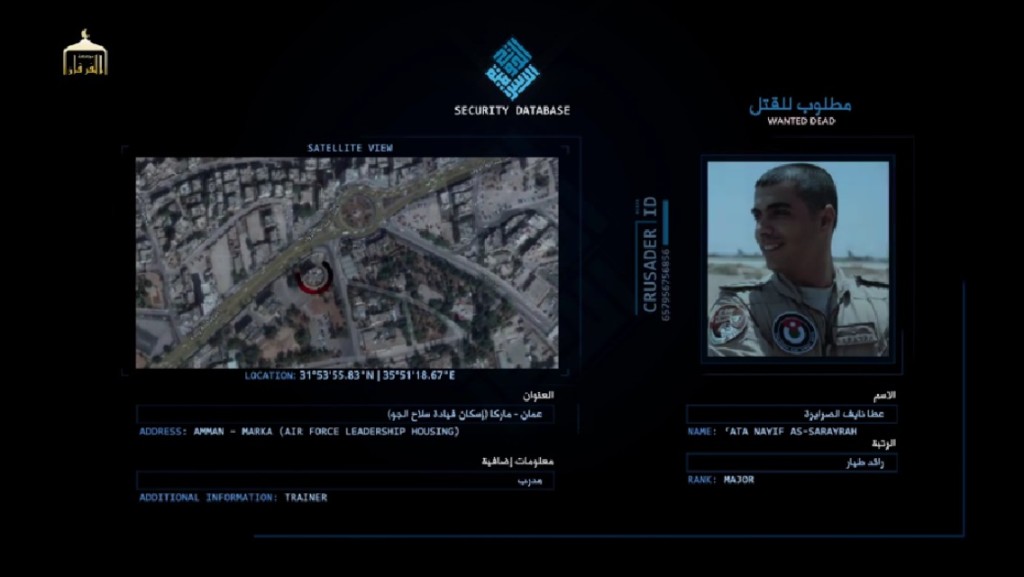 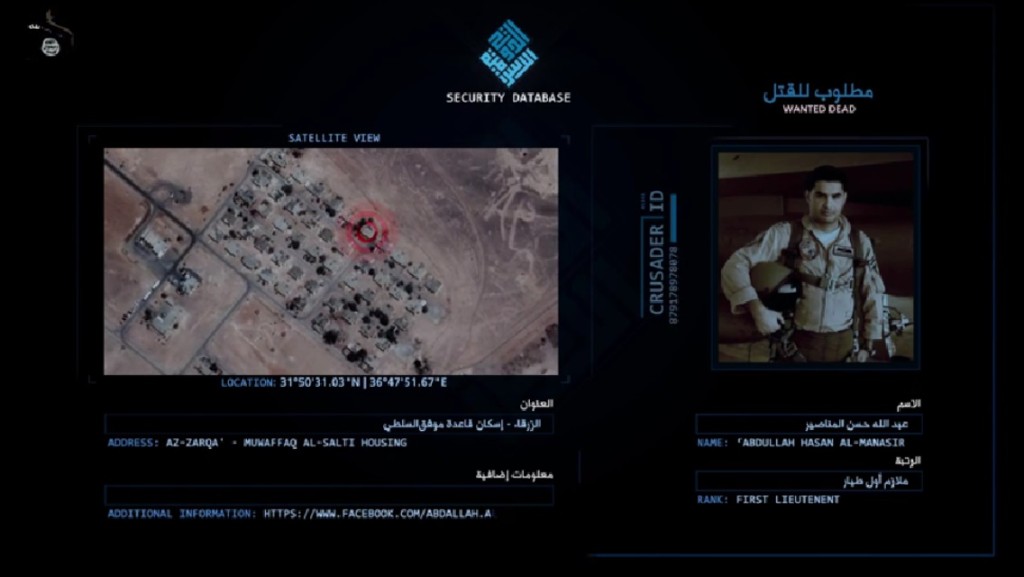 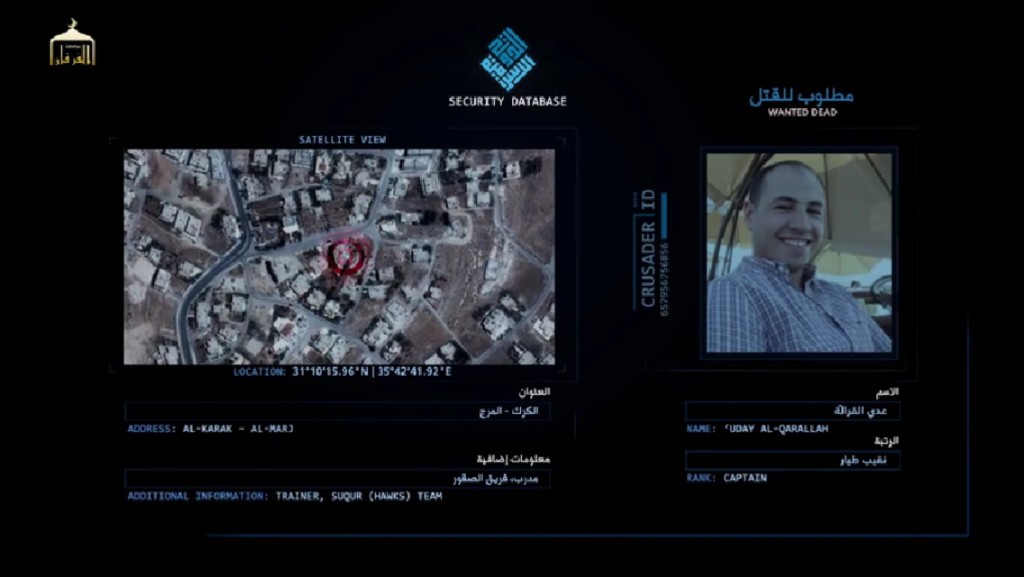 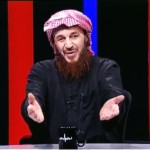