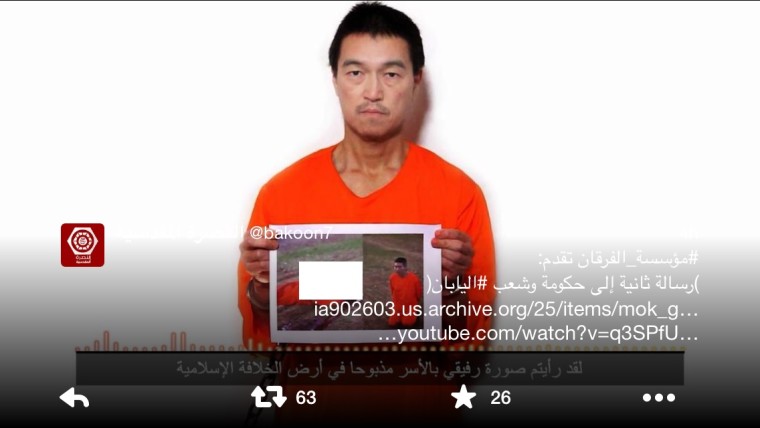 At 3:11 PM (GMT) on 24 January 2015, the manager(s) of a Twitter account used to promote Islamic State propaganda, @kwms27, tweeted the first of several messages posted by this account containing links to an English-language version of the group’s second ransom message concerning Japanese hostages held by the group, one of whom has reportedly been executed. 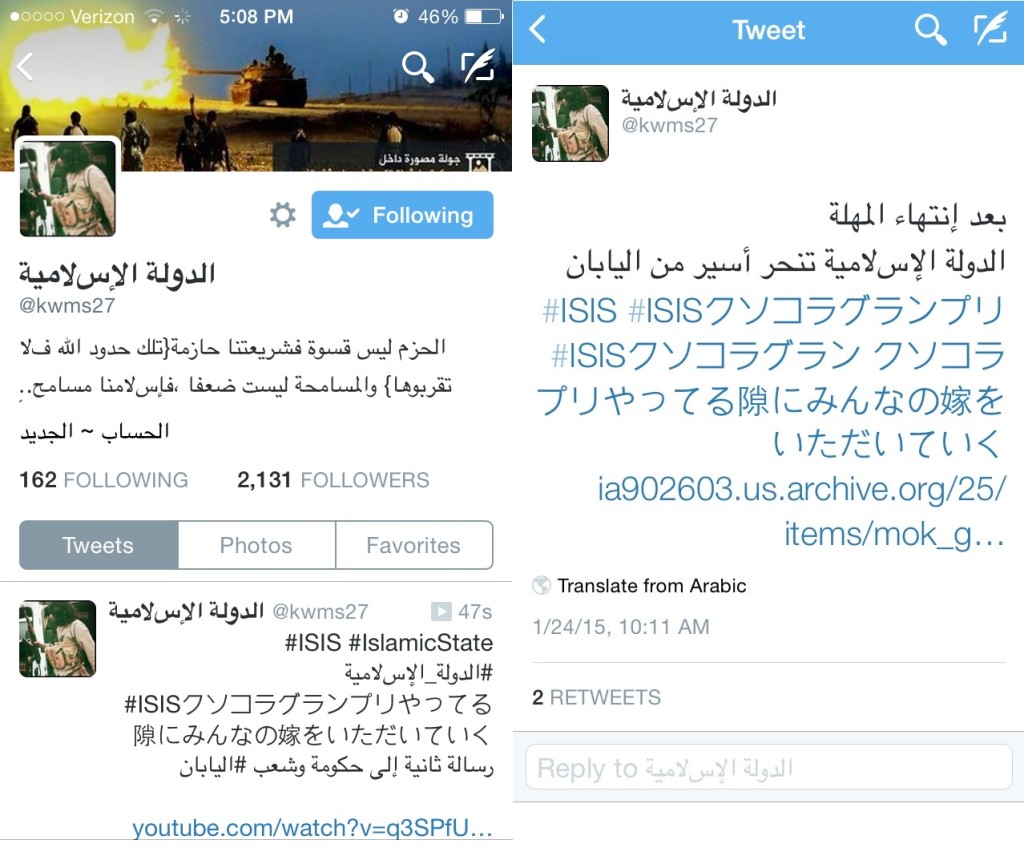 With roughly 2,100 followers at the time, @kwms27 is by no means as popular as many other accounts managed by the Islamic State’s propagandists. Soon after @kwms27 posted links to the second ransom message, many accounts with much larger followings began promoting links to this message, in which the group demands the release of Sajida al-Rishawi. The sister of al-Qa’ida in Iraq founding emir Abu Musab al-Zarqawi, Jordanian authorities captured this terrorist following her failed attempt to detonate a suicide vest while participating in the 2005 Amman Bombings plot.

Another popular Twitter account used to promote IS propaganda, @bakoon7, which is followed by 43,000 accounts, began distributing links to the message at 3:32 PM (GMT) on 24 January. Captured by the DOWNRANGE team, a screenshot of the initial tweet from this account containing a link to the message, accompanied by screenshots of the retweet list captured hours later (at approximately 8:00 PM (GMT) on 24 January) is available here. The DOWNRANGE team has also combined screenshots highlighting the small group of accounts followed by the manager(s) of @bakoon7; this data is available here. 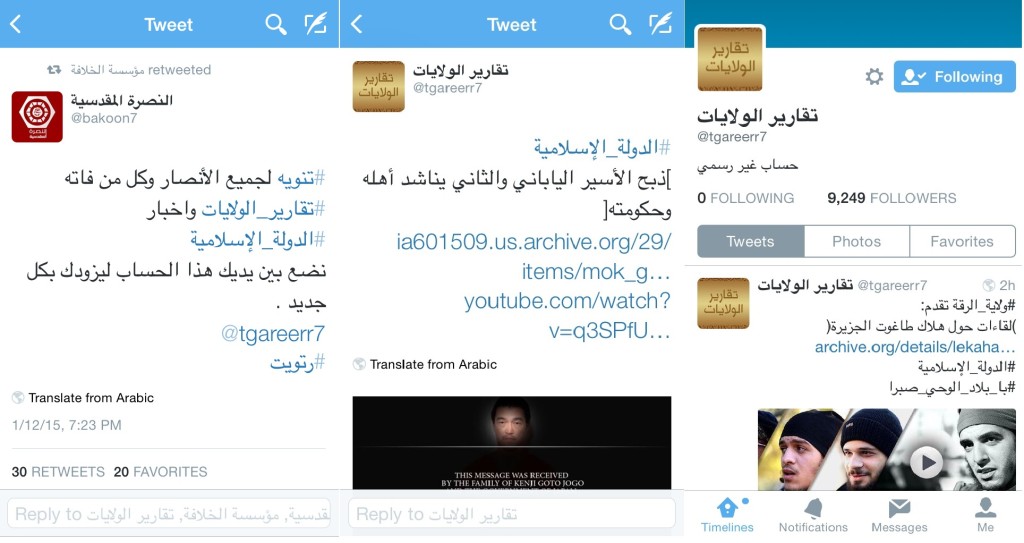 Recently promoted by the manager(s) of @bakoon7, @tgareerr7, which has amassed a following of more than 9,200 accounts, soon joined the list of IS Twitter accounts that promoted links to the latest ransom message throughout the day on 24 January. 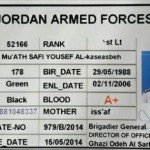