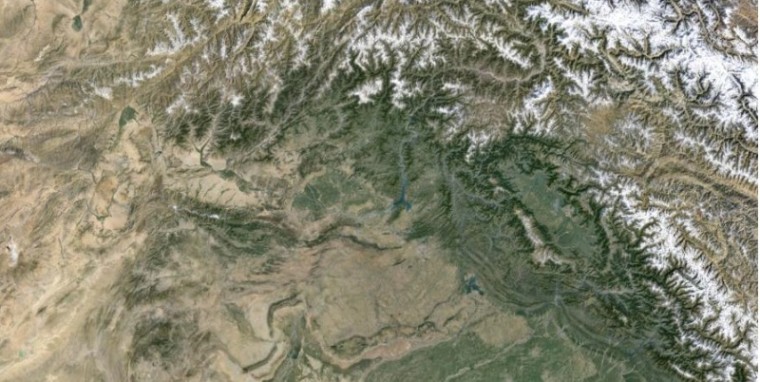 RUMINT: WHERE IN THE WORLD IS AYMAN AL-ZAWAHIRI?

RUMINT: WHERE IN THE WORLD IS AYMAN AL-ZAWAHIRI?
By Michael S. Smith II and Ronald Sandee

After the US “conducted an operation that killed Usama bin Laden” — thereby showcasing America’s “contemptuous disregard of Pakistan’s sovereignty, independence and territorial integrity,” as authors of the report by Pakistan’s Abbottabad Commission put it — it seemed reasonable to deduce that al-Qa’ida’s incoming emir, Ayman al-Zawahiri, would think twice about taking refuge in Pakistan, and perhaps look to Iran as a more secure base from which to manage al-Qa’ida.

Indeed, the Iranian regime, which began assisting the group nearly two decades before bin Laden was killed, had been sheltering numerous al-Qa’ida leaders and their families since soon after the 9/11 attacks of 2001. Plus, the regime’s eventual attainment of nuclear weapons (capabilities) will only serve to make the US and other Western states less inclined to target terrorist elements hiding therein.

However, according to a very reliable source, as recently as the summer of 2014, al-Zawahiri was residing in Pakistan.

Logistically, his alleged base of operations is very sensible. It is not difficult to access the city where bin Laden built his final residence from this area. Also, a remote strike on his living quarters would very likely result in the deaths of scores of Pakistani civilians. But perhaps most important, in this setting, it is easy for undercover ISI agents to prevent foreign intelligence services from conducting ground operations to capture or kill him.

Recently, Pakistani officials who are reportedly aware of al-Zawahiri’s presence in the country have insisted that he move. They apparently fear that ending up with another dead al-Qa’ida leader on their hands would serve to galvanize jihadist elements in the region to such a degree that the resultant coalescing effects could manifest an immitigable push made by jihadis for control of Pakistan’s nuclear weapons.

It does not seem that a move to Iran is in the cards for al-Zawahiri, whose increasingly populist-leaning rhetoric of recent years has featured a growing volume of anti-Iranian commentary. Rather, according to a source whose contacts are aware of ISI officials’ efforts to avert a tidal wave of terrorist attacks targeting the government of Pakistan in the wake of al-Zawahiri’s death by even natural causes, two other destinations have been contemplated: Yemen and Syria.

If al-Zawahiri were moved to Syria, it is assessed he would almost certainly look for safe haven elsewhere. In such a scenario, it is conceivable that Lebanon’s Bekaa Valley, where al-Zawahiri has longstanding relationships with local power holders, would be his next destination.

On the other hand, bin Laden’s comments about Yemen, when asked in 1996 if he would consider returning to Sudan should conditions in Afghanistan not permit al-Qa’ida to use it as a headquarters, might offer some insights of al-Zawahiri’s plans:

I can never return to Sudan. Not because I am not interested in Sudan, but because the mountains are our natural place. … Iraq is not on (sic) the cards. The choice is between Afghanistan and Yemen. Yemen’s topography is mountainous, and its people are tribal, armed, and allow one to breathe clear air unblemished with humiliation.

So too might al-Zawahiri’s selection of the leader of al-Qa’ida’s Yemen branch to serve as his deputy. And so too might the fact that Egyptian jihadi organizations began establishing bases in Yemen decades ago. While a number of high-profile Egyptian jihadis moved to Sudan in the 1990s, more headed for Yemen.

The veracity of the aforementioned account has not been confirmed by the DOWNRANGE team. And it is unclear whether Western officials who have been more fully apprised of al-Zawahiri’s alleged status assess the information is credible — or even actionable. But, before ruling out that some powerful Pakistani officials’ perceptions of al-Qa’ida are altogether different than those of Western governments, Western intelligence officials should consider that the government of Pakistan has long been one of the world’s leading sponsors of jihadist groups.

Although recent horrendous attacks conducted by TTP members have purportedly prompted Pakistani officials to assume a bolder counterterrorism posture, prudence demands that policymakers in the West should look upon such alleged shifts with circumspection.

Taking into consideration the decades-old legacies of supporting terrorist groups amassed by various powerful components of Pakistan’s government, it is important to consider that the government of Pakistan is by no means a monolith. And any claims that this enterprise will, in its entirety, overhaul such policies are unlikely to materialize.

More importantly, for a variety of reasons, it is unlikely the components of the government of Pakistan capable of disrupting al-Qa’ida’s operations in the country view targeting al-Qa’ida leaders to be in their interests.

Indeed, any claims that elements of Pakistan’s army and/or ISI did not imbue Usama bin Laden with a sense of comfort about either his plans to manage al-Qa’ida from inside Pakistan, or his plans to construct a massive residential compound to house himself and his wives within “Military City PK” defy all credulity.

So it would not be surprising to one day learn that, in recent months, Ayman al-Zawahiri was on the move from Pakistan to a new home in the Middle East or North Africa. Or that ISI agents comprised his moving company.

Indeed, given his historically verbose responses to developments like the ones that have unfolded during the past six months, the absence of dozens of missives issued by al-Qa’ida’s leader has become noteworthy. This might be because he has not yet established a comfortable level of operational security in a new home. 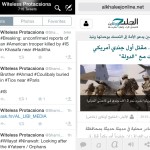 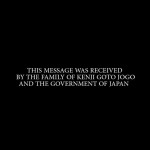