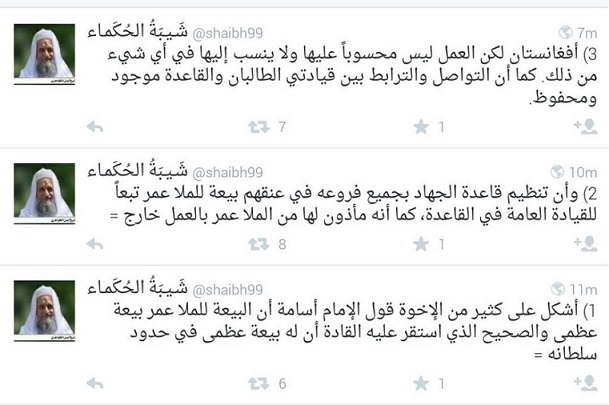 TWEE-HAD: IMPLICATIONS OF CHATTER ON THE GLOBAL JIHAD HIERARCHY

Released 25 July 2014, the first public message issued by Afghan Taliban Emir Mullah Omar following the Islamic State’s announcement of a caliphate has sparked much chatter in online jihadist spheres. In it, Omar signaled his refusal to endorse the Islamic State’s claim that it has established a caliphate with his continued use of the title Emir al-Mu’minin. As this title has historically been reserved for the caliph, this was a pointed rebuke of the Islamic State, which has demanded all groups striving to restore the caliphate be disbanded, and their members pledge loyalty to Caliph Ibrahim (formerly known by the kunya Abu Bakr al-Baghdadi). Coming on the heels of al-Qa’ida’s reminders that its leaders have pledged their loyalty to Omar, Omar’s continued use of the title Emir al-Mu’minin confirms that an unprecedented competition for control of the Global Jihad movement is officially afoot. Indeed, influential online jihadist commentators supportive of al-Qa’ida are now hard at work promoting al-Qa’ida’s strategic communications campaign that seeks to delegitimize Caliph Ibrahim’s efforts to seize authority over al-Qa’ida’s international network. As was perhaps inadvertently explained several days ago by the manager(s) of a popular jihadist Twitter account that has rigorously promoted al-Qa’ida propaganda, this authority has long been bestowed upon Mullah Omar by al-Qa’ida’s leadership. Meanwhile, the Islamic State’s efforts to draw attention to the recent disclosure of additional details about the relationship between Omar and al-Qa’ida might prove disastrous for Omar, as well as for the Afghan Taliban.

A key element of al-Qa’ida’s strategy to counter Caliph Ibrahim’s power play has been to highlight that al-Qa’ida’s leaders are not unwilling to endorse his use of the title caliph simply because they aspire to attain the power that comes with the title. To deflect accusations along these lines, al-Qa’ida’s leaders are reminding jihadis they have subordinated themselves to Mullah Omar. Indeed, as implied in recently rereleased old footage of bin Laden discussing his pledge of bayat to Omar, al-Qa’ida leaders almost certainly regard Omar as a leader-in-waiting of a caliphate which they seek to restore.

This latter point is conveyed in footage of bin Laden discussing the issue of Omar’s lineage. According to bin Laden, the fact that Omar is not descended from the tribe of the Prophet, of which al-Baghdadi claims to be, does not disqualify Omar from claiming the title of caliph.

Given the context of this commentary, it is clear that bin Laden was promoting Omar as a candidate for the helmsman’s role in the caliphate al-Qa’ida seeks to restore. Thus al-Qa’ida is promoting Omar as the leader to whom members of the Islamic State should pledge their support, rather than continue supporting Caliph Ibrahim. For this was what the “martyr” Usama bin Laden deemed appropriate.

Concurrently, al-Qa’ida’s leaders are reminding al-Qa’ida members that they, thus their subordinates are subordinated to Omar in order to do more than just highlight the extent of insubordination, hence unIslamic behavior evident in the power play made by al-Baghdadi, who subordinated himself to Omar by pledging loyalty to al-Qa’ida’s founding and current emirs. Rather, al-Qa’ida’s leaders are portraying themselves, thus their fighters as humble servants of the Global Jihad movement — a vanguard striving to achieve the goal of restoring the caliphate, but not a group whose leaders have ulterior motives to rule it.

By making these distinctions in a manner obviously intended to contrast themselves from al-Baghdadi, al-Qa’ida’s leaders are not only signaling al-Baghdadi is guilty of deceit that might warrant his execution (ie he has broken his oath of bayat to Omar). They are also calling into question al-Baghdadi’s agenda by effectively portraying him as a power hungry aspirant to the authority over the Global Jihad movement bestowed upon Omar. Authority which, according to the nuanced messaging from al-Qa’ida of late, al-Baghdadi apparently believes jihadi icons like the “martyr” Usama bin Laden were wrong to bestow upon Omar.

This is certainly a risky game for al-Qa’ida to play, as it emphasizes that Omar wields authority over a terrorist enterprise whose dismantlement has been the central goal of the most expensive international security initiative undertaken in the history of the world.

Indeed, the hierarchy that is revealed by al-Qa’ida leaders’ overt subordination of themselves and the terrorists loyal to them to Omar highlights that Omar is more than just a terrorist who helms the Afghan Taliban. An enterprise which, in another complicated twist of fate, has not been designated a terrorist organization by the US and many of its partners.

Al-Qa’ida’s sensitivity to the inherent dangers manifest by this framework for Omar, along with the Afghan Taliban, were apparently highlighted by the recent activities on Twitter of a purported al-Qa’ida publicist, who, after sharing details about this relationship, promptly sought to erase this rare disclosure.

A 30 July 2014 report by Tom Joscelyn of The Long War Journal covered this remarkable example of jihadis’ commentary concerning the subordination of al-Qa’ida to Omar vis-à-vis the religious oath of bayat sworn to the Afghan Taliban leader by al-Qa’ida’s leaders.

As highlighted in this LWJ report, the manager(s) of the Twitter account bearing the name Shaybat al-Hukama (@shaibh99) — posts of which strongly suggest ties exist between its manager(s) and al-Qa’ida’s leadership — recently offered unusually explicit details about the relationship between al-Qa’ida, Mullah Omar, and the Afghan Taliban.

However, apparently at the insistence of other jihadis, these tweets were soon deleted. But not before the manager(s) of a Twitter account that is a major purveyor of the Islamic State’s propaganda took note, and brought this information to the attention of the 25,000, plus followers of @KhilaFaPress — along with terrorism analysts who monitor jihadis’ Twitter accounts with massive followings — by posting a screenshot of these deleted tweets (See the feature image above). (Note: We elected not to include a hyperlink to the home page of @KhilaFaPress due to the grotesque photo library it maintains, which contains numerous images of decapitated bodies.)

LWJ provided the following translations of the revelations tweeted by Shaybat al-Hukama:

I articulate to many of the brothers the saying of Imam Usama bin Laden that the bayat to Mullah Omar is a great bayat and the correct [decision] upon which the leadership settled was that he has the great bayat in the borders of his dominion.

Al-Qa’ida, in all its branches, are obligated to the bayat to Mullah Omar following [in the path] of the general leadership of al-Qa’ida, and it is also permissible for them [al-Qa’ida’s branches] by Mullah Omar to work outside Afghanistan.

However, the work is not credited to them [the Taliban] nor is it ascribed to them in any way. The communication and connection between the leadership of the Taliban and al-Qa’ida is present and maintained.

The author(s) of these messages almost certainly intended to explain the nature of the relationship between Omar and al-Qa’ida members in order to highlight that al-Baghdadi has breached his oath of loyalty to Omar, not just al-Qa’ida’s emir. So too is this ostensibly the case with the thousands of jihadis who pledged loyalty to al-Baghdadi when he was subordinated to al-Qa’ida’s emir. However, it appears al-Qa’ida is giving them time to consider the implications of their continued support of Caliph Ibrahim before labeling them as enemies.

Surprisingly, the author(s) of these messages went a step further — apparently a step too far, according to those who reportedly demanded that this information be deleted — and explained not just the hierarchal aspects of this relationship, but also the dynamics of the relationship that, if true, Omar certainly wishes to keep secret: Accordingly, al-Qa’ida functions as the Taliban’s external operations wing.

As the oath of bayat is generally used to define rank within jihadis’ organizations, and as al-Qa’ida operates globally, analysts could reasonably deduce that al-Qa’ida serves to advance Omar’s agenda beyond the borders of Afghanistan. Still, the instances of this function being explained by jihadist figures close to al-Qa’ida’s leadership are notable by virtue of their absence.

A review of tweets posted by numerous followers of the Twitter account that disclosed this information reveals this account’s roster of followers includes both supporters al-Qa’ida and the Islamic State. Meanwhile, the 2,100, plus tweets issued by this account since mid-March 2014 strongly suggest the account is a pro-al-Qa’ida outlet. For instance, even before the Islamic State adopted its current namesake, this account’s manager(s) expressed support for the al-Qa’ida affiliate Jabhat al-Nusrah — not the Islamic State (then branded as ISIS, or ISIL), whose leader drew the ire of al-Qa’ida’s emir by attempting to merge al-Nusrah with his group in 2013.

It should not be ruled out that this account, which appears to be less than a year old, is actually a tool of the Islamic State’s information operations and/or its counterintelligence agents. However, evidence which suggests this could be the case is negligible relative to the evidence that indicates this account is indeed a publicity tool of al-Qa’ida.

Therefore, the following are reasonable assessments: The information disclosed is likely reliable. In addition, before disclosing this information, the account’s manager(s) did not consider that releasing these details about al-Qa’ida’s relationship with Omar and the Taliban could prove disastrous for Omar, but perhaps even more so for the Afghan Taliban.

It is possible the discloser(s) of this information are displeased that al-Qa’ida’s emir is subordinated to Omar, and that this information was released as part of an effort to disrupt this relationship by calling attention to it in a potentially damaging manner. But evidence that warrants ascribing much confidence to alternative hypotheses like this is scant.

Meanwhile, aware that Western terrorism analysts are watching, the managers of an Islamic State media outlet have seized upon the opportunity to showcase this information.

Whether the Islamic State’s efforts to address Omar’s reluctance to support Caliph Ibrahim will extend beyond information operations to include assassination attempts remains to be seen. But there is an even chance assassination plots targeting Omar are in the cards, as, according to the takfirist notions of the Islamic State’s leaders, Omar is turning his back on Islam by refusing to pledge loyalty to the caliph.

In the meantime, it would appear the Islamic State is trying to provide fodder for officials in the West who believe all members of the Taliban — not just Mullah Omar and a select group of other figures — should be designated terrorists. Such a shift in policy as this would certainly help to level the playing field for the Islamic State, and could even help the Islamic State in other ways. Indeed, if Western states were to designate the entire Afghan Taliban a terrorist organization, they might orient more resources toward efforts concerned with capturing or killing Omar than merely offering a reward of up to $10 Million for information about the present location of a former leader of Afghanistan who made it an official policy to protect Usama bin Laden as he prepared to oversee the most lethal terrorist attacks in history. 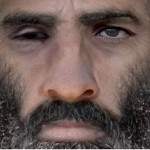 - Previous article « ANALYSIS: A MESSAGE FROM THE UNRELENTING ‘SERVANT OF ISLAM’ 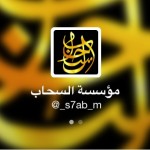