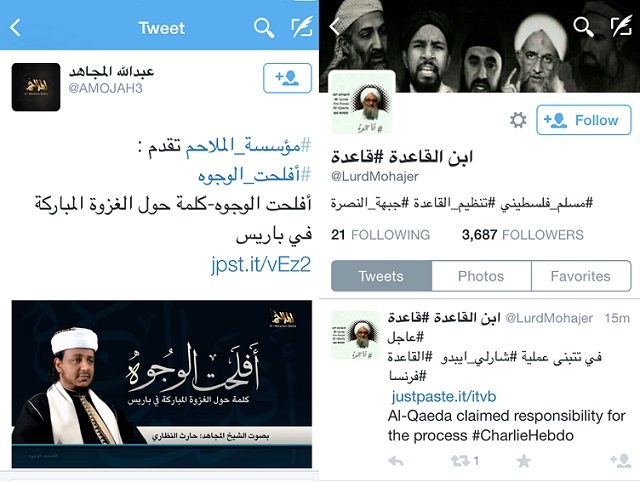 Soon after the hostage standoffs concluded with the deaths of the Kouachi brothers and one of their ostensible coconspirators, al-Qa’ida’s Yemen branch (AQAP) released via YouTube a 5-minute, 37-second message regarding the attacks, titled “About the Blessed Raid in Paris.” The audio may have been taken down by YouTube administrators, but it has been reposted as a 5-minute, 38-second video on YouTube here.

Delivered by Harith bin Ghazi al-Nazari, the message is not a straightforward claim of responsibility for the attacks in France. As Global Jihad movement expert Thomas Hegghammer observed in a Tweet just after the video was initially posted to YouTube, al-Nazari “only praises it.”

Meanwhile, al-Qa’ida supporters and propagandists are describing the message as a claim of credit while promoting it and a message available via JustPaste.It via Twitter (example above right). Further, it seems an AQAP member has advised the Associated Press’s Cairo bureau that AQAP was behind the terrorist attacks in France this week.

Shortly after the Kouachi brothers attacked the headquarters of Charlie Hebdo, al-Qa’ida propagandists distributed images that ostensibly show one of the Kouachi brothers executing a Muslim French police officer during the shooting spree at the headquarters of Charlie Hebdo, with a quote from al-Awlaki imposed over it. They also distributed a poem by deceased Inspire editor Samir Khan that featured the same image. (See our screenshots of such materials here) 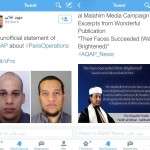