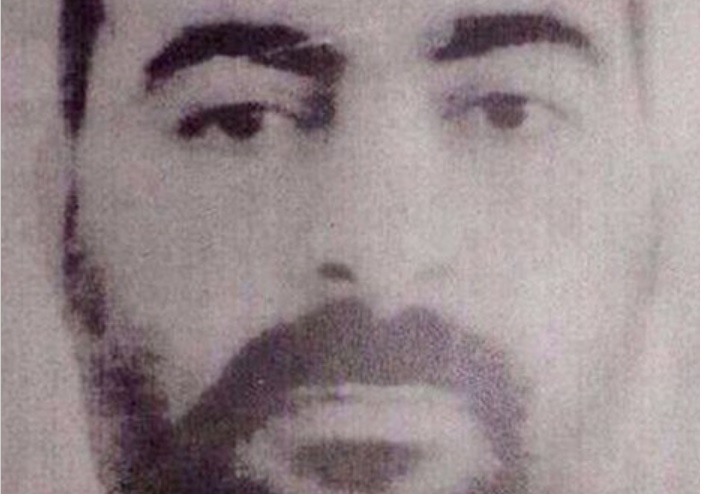 Last week, new details emerged about the background of a terrorist whose organization has captured the interests of national security managers in many Western states: According to Muslim Brotherhood thought leader and HAMAS spiritual guide Yusuf al-Qaradawi, Islamic State leader Abu Bakr al-Baghdadi was a member of the Muslim Brotherhood.

That the leader of an al-Qa’ida branch, or, in this case, a branch of al-Qa’ida that was ejected by from the al-Qa’ida fold in 2014 was a member of the Muslim Brotherhood is hardly surprising. As noted in coverage of al-Qaradawi’s disclosure of this information by The Global Muslim Brotherhood Daily Watch, the list of prominent al-Qa’ida members and associates who have held membership in the Brotherhood includes the group’s current emir, Ayman al-Zawahiri, and the so-called “9/11 mastermind,” Khalid Sheikh Mohamed. Moreover, as highlighted in Ayman al-Zawahiri’s revelations in recent years about his predecessor, Usama bin Laden was also reportedly at one time a member of the Brotherhood.

Now designated a terrorist organization by the Kingdom of Saudi Arabia, the Muslim Brotherhood has long been an incubator for the strains of Salafism that informed the agendas of many influential individuals who not only helped shape the radical worldview of al-Qa’ida’s founding emir, Usama bin Laden, but also aided al-Qa’ida soon after its creation.

Among this rather large group are the following revered figures within Islamist spheres:

Mohamed Qutb (d. 2014), whose lectures in Saudi Arabia were attended by bin Laden while a university student;
Afghan Jihad leader Abdallah Azzam (d. 1989), a mentor of bin Laden whose war against the Soviets provided a training ground and recruitment vehicle for many of al-Qa’ida’s founding members;
Yemeni cleric Abd al-Majid al-Zindani, who both mentored bin Laden during his stay in Sudan during the 1990s and established a school in Yemen that became a de facto recruitment office for al-Qa’ida; and
Sudanese strongman Hassan al-Turabi, bin Laden’s host during his and many senior al-Qa’ida figures’ years-long stay in Sudan.

Like many others on that list, all of these men built their international networks through their affiliations with the Muslim Brotherhood.

Of course, one would be remiss in not highlighting that Sayyed Qutb (d. 1966), an official in the all-influential Egyptian branch of the Brotherhood, or Ikhwan, and brother of the aforementioned Mohamed Qutb, concocted the reformist ideology known as Salafiyya Jihadiyya. By infusing yet more Manichean and takfirist notions into the variant of Salafism promoted by Muslim Brotherhood founder Hassan al-Banna, Sayyed Qutb, who became a de facto spokesperson for the Ikhwan while serving as editor-in-chief of its weekly publication, al-Ikhwan al-Muslimin, delivered the framework for legitimizing the murderous agendas of al-Qa’ida and likeminded groups, including the Islamic State, or ISIS.

An exhaustive study of the influences of various prominent Islamist theoreticians on the jihadis comprising the Global Jihad movement conducted by analysts at the Combatting Terrorism Center at West Point determined that the writings of Sayyed Qutb are the most impactful. And while many experts contend that bin Laden’s aforementioned mentor Abdallah Azzam was not a Qutbist, it is worth noting that, titled “al-Qa’ida al-Subah” (The Solid Base), the article Azzam penned for the April 1988 edition of al-Jihad magazine that provided a mandate for the creation of the enterprise now known as al-Qa’ida reads like a condensed version of Sayyed Qutb’s infamous jihadi manifesto, Ma’alim fi al-Tariq (Signposts On the Road; alternatively, Milestones). In addition, it would seem important for terrorism analysts to consider that the contents of Signposts have not been officially repudiated by the Brotherhood’s leadership.

According to one former US counterterrorism official who asked not to be named due to the litigiousness of Muslim Brotherhood front organizations in the West, because the Kingdom of Saudi Arabia had been a key supporter of the Brotherhood for more than half of the previous century, following the 9/11 attacks of 2001, influential American policy advisors assessed that branding the Brotherhood as a terrorist facilitation enterprise would serve to strain US-Saudi relations. For this camp, although many Brotherhood branches were clearly viewed by al-Qa’ida and other Salafi-Jihadist groups as important recruitment centers, the Brotherhood was looked upon as a multinational activist enterprise that might actually become an important ally in the fight against al-Qa’ida.

Key jihadist figures like Ayman al-Zawahiri had publicly decried the Brotherhood as a promoter of but one more “apostate” agenda. For years prior to the 9/11 attacks of 2001, al-Zawahiri, who merged his organization with al-Qa’ida in mid-2001, had criticized the Brotherhood for its adoption of a strategy focused on transforming political systems in states such as Egypt and Turkey via participation in electoral politics — rather than by force.

Given such, according to those who wanted to avoid the potential of dampening US-Saudi relations by putting pressure on the Brotherhood, it was likely that the Brotherhood’s leadership could be convinced to view al-Qa’ida as an adversary. Thereby, such tensions might prove exploitable for the US. Furthermore, they contended that one would be hard pressed to find any recent acts of terrorism coordinated by the Muslim Brotherhood.

More recently, with its declaration of a caliphate, the Islamic State condemned the Brotherhood while also demanding that all organizations seeking to restore the caliphate disband, and their members pledge allegiance to al-Baghdadi, who is now referred to by his followers as “Caliph Ibrahim.”

Brotherhood thought leader Yusuf al-Qaradawi has since rejected the Islamic State’s claim that it has established a caliphate, asserting this claim violates sharia. However, for those questioning whether it will be easy to add the Brotherhood to the list of entities supportive of US-led efforts to dismantle the Islamic State, it is important to consider that al-Qaradawi has more recently spoken out against US-led military activities targeting the Islamic State. (This was not surprising, for al-Qaradawi’s influential International Union of Islamic Scholars issued a statement several months prior that described the brutal campaigns managed by al-Baghdadi’s subordinates as part of a “popular revolution against injustices.”)

Indeed, according to his statements during 2014, it is reasonable to anticipate this highly influential Brotherhood figure — who is widely regarded as one of the most influential Sunni religious figures alive today — will create just as many problems for the coalition of countries opposed to the Islamic State’s activities as he did for the coalition of countries responsible for overthrowing Saddam Hussein’s regime. (In 2004, al-Qaradawi asserted it was a religious obligation for Muslims to kidnap and kill Americans in Iraq, and joined a coalition of influential clerics in calling for Muslims to support the anti-Coalition insurgency in Iraq.)

Still, al-Qaradawi’s recent revelation about al-Baghdadi’s affiliation with the Brotherhood could serve as an important clue for investigators focused on identifying current and past associates of al-Baghdadi who may be able to help locate him. Meanwhile, it remains unclear whether al-Qaradawi has wittingly divulged this prospective clue. 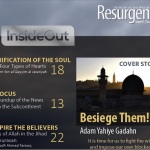 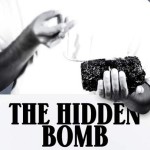