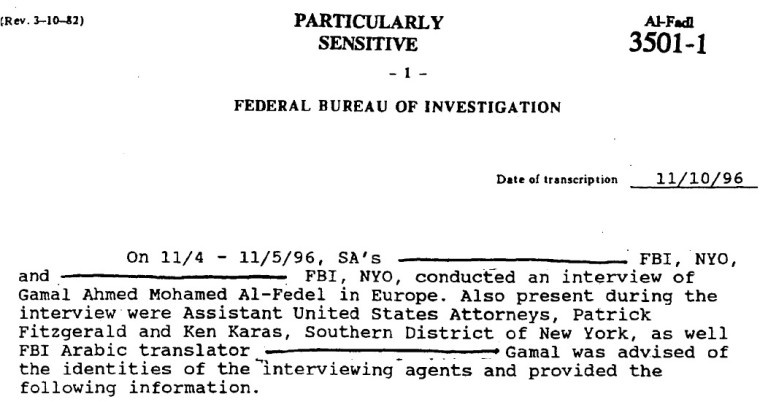 THE ISLAMIC ARMY: THE FORGOTTEN SECOND PHASE OF AL-QA’IDA

THE ISLAMIC ARMY:  THE FORGOTTEN SECOND PHASE OF AL-QA’IDA
By Ronald Sandee

In November 1996, forme al-Qa’ida member Jamal al-Fadl of Sudan participated in interviews with the FBI. While explaining al-Qa’ida’s structure and early history, two of the most interesting topics al-Fadl covered are essential to understanding the development of al-Qa’ida and the mindsets of its leaders and associates:  First, al-Qa’ida’s religious authorities helped author a fatwa calling for attacks on US interests years before bin Laden issued his own such fatwa in 1996; secondly, soon after its creation, al-Qa’ida made it a priority to foster confusion over the Global Jihad movement’s fast-growing operational networks among governments concerned with disrupting their jihad.

According to al-Fadl, for al-Qa’ida’s founding leaders, the period in Afghanistan was considered to be phase one, which concluded with the organization relocating to Sudan in 1991. As an ideal Islamic state had not emerged following the war in Afghanistan, the leadership of al-Qa’ida started to look for different places where such an Islamic state could come into existence.

By this time, it was clear to al-Fadl that al-Qa’ida’s leaders were more concerned with propagating a mindset vis-à-vis cultivation of a radical ideological movement than laying claim to territory. That would logically follow.

Al-Fadl explained that the organizational elements of al-Qa’ida in Afghanistan “would train people, and the Emir would select certain individuals based on their skills to participate in certain assignments.” He further explained, “There was a written contract made between the emir and the person being trained, and the contract would then be sworn to by putting your hand on the Koran. The objectives and duties of The Base [al-Qa’ida] were written within the contract, as well as the rules and regulations. At the end of the contract there was a statement that loyalties were to the emir, as well as the leader bin Laden, and the rules and regulations must be followed whether they [the trainees] like it or not.” The contract was then filed by al-Qa’ida, which had by this time amassed a sizeable rolodex of combat trainees who had pledged fealty to bin Laden.

Thus began phase two:  The creation of the Islamic Army.

By the beginning of 1992, the basic rules for the Islamic Army were in place and a Shura had been formed. Influential religious advisors were also involved with the development of the Islamic Army. Among them were then Sudanese strongman Hasan al-Turabi, Abd al-Majid al-Zindani (head of the Yemini Muslim Brotherhood), and Salman al-Awda. In jail at the time, al-Awda was represented by his deputy Abu Rawha.

As bin Laden was not an alim he was unable to issue a fatwa. According to al-Fadl, back then bin Laden deferred to the Shura of the Islamic Army, which consisted of five officials, Saad al-Sharif, Ibrahim al-Iraqi, Mamdouh Mahmud Salim (aka Abu Hajir al-Iraqi), Mahfouz Ould al-Walid (aka Abu Hafs al-Mauritani) and Sayyed Imam al-Sharif (aka Dr. Fadl).

Saad al-Sharif, Ibrahim al-Iraqi, and Abu Hajir al-Iraqi were members of al-Qa’ida, but their qualifications to serve as Shura officials might not have extended beyond their alleged memorizations of the Koran. Dr. Fadl also lacked formal training as an Islamic scholar, but during the 1980s he often served as a mediator and arbitrator in conflicts between different jihadi factions and individual jihadis. The only person with a solid background in religious studies was Abu Hafs al-Mauritani. Al-Mauritani, who recently returned to his home country after spending many years in Iran, later assumed the role of personal religious advisor to bin Laden after Abu Hajir al-Iraqi decided not to follow al-Qa’ida’s founding emir back to Afghanistan in 1996.

Consisting of bin Laden and Abu Ubaidah al-Banshiri, the military leadership at that time was chiefly concerned with executing fatwas. Yet given bin Laden’s influence, his ideas no-doubt shaped decisions made by the Islamic Army’s Shura.

A window into bin Laden’s concerns at this time is found in the FBI’s transcriptions of its interviews with al-Fadl:

Once established in the Sudan, there were many meetings and talk was of uniting people and improving the way of life for all Muslims. BIN LADIN said that they had to find a common objective and unite because the enemy was united. BIN LADIN stated that there were two enemies, one being Arab countries not living under Islamic law, and other countries preventing “us” from becoming an Islamic state. BIN LADIN complained that Arab wealth was not distributed for Muslims, but was kept in western banks. BIN LADIN also declared that economics is important, not only weapons and military power.

According to al-Fadl, one of the early fatwas issued by Islamic Army’s shura called for the targeting of American soldiers and preceded bin Laden’s 1996 proclamation of war against the US by several years. The FBI’s transcriptions state the following on this point:

… by the beginning of 1992, all the basic rules for the Islamic Army were in place. At this time a fatwa was issued by the Islamic Army declaring that all foreign forces must be fought, especially in Saudi and the Gulf. The presence of forces in Mecca and Medina legitimized the fatwa. The fatwa indicated that it was necessary to strike at American forces because the American forces were like the ‘head of the snake.’ If the Americans changed their policy and left, other countries would follow. [J]amal learned of this fatwa in a pamphlet. The legal council distributed this pamphlet, its contents based on the fatwa that was issued by the Al-Shurrah Council.

Indeed, such revelations are quite interesting in that they fly in the face of conventional wisdom that it was not until bin Laden issued his infamous 1996 fatwa that al-Qa’ida officially implemented a policy of targeting US interests.

Meanwhile, for counterterrorism officials trying to determine just what to make of the many al-Qa’ida-aligned groups with names like Ansar al-Sharia that have popped up in recent years, there is a far more interesting nugget of perspective contained in the FBI’s transcriptions of its interviews with al-Fadl. Accordingly, while establishing the Islamic Army it was decided that a concerted effort would be made to generate as much confusion as possible about its makeup. Therefore, information about the origins of relevant groups and organizations was to be obscured, with their links to bin Laden hidden.

Al-Fadl advised that “there are many divisions in the Islamic Army with various names created to confuse governments if a soldier was captured. This would make it difficult for these groups to be traced back to Bin Ladin’s Islamic Army.”

To this end, standard operating procedures for the Islamic Army needed to be more detailed and comprehensive than was necessary for al-Qa’ida. The individuals involved in writing the new extended contract for the Islamic Army were Saad al-Sharif, Abu al-Faraj al-Yemeni and Abu Rawha, the deputy of Salman al-Awda. “The contract would be signed and the fingerprint of the signer would be placed on the document,” al-Fadl noted.

According to al-Fadl, “The Islamic Army was very concerned with infiltrators and believed that the contractual process would help uncover such people.”  Despite these precautionary measures, intelligence services of several Arab states managed to infiltrate the Global Jihad movement’s newly formed Islamic Army. 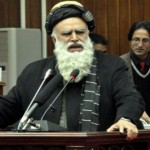 Next article - THE BAGGAGE OF AN AFGHAN PRESIDENTIAL CANDIDATE »