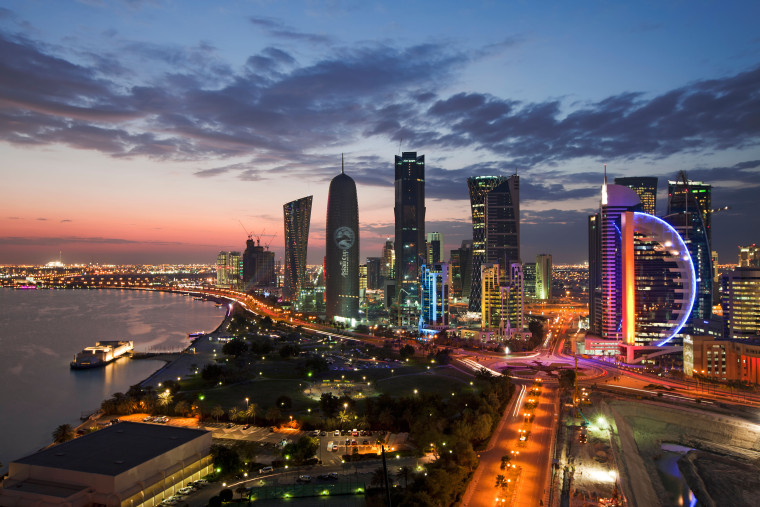 ON “SUDDEN” GULF DEVELOPMENTS SPARKED BY QATAR’S SPONSORSHIP OF TERRORISM

Last week, Saudi Arabia, the United Arab Emirates and Bahrain decided to recall their ambassadors from Doha. According to the three countries, fellow Gulf Cooperation Council member Qatar has threatened the stability and security of the region.

The three countries want Qatar to take immediate steps to comply with the joint security agreement signed in Riyadh on November 23, 2013 by the GCC countries. The security agreement calls for all member states to “abide by the principles that there should be no direct or indirect meddling in regional affairs, or backing of any party that threatens regional security and stability, whether they are organizations or individuals, and whether that meddling was through direct security operations or through attempts for political influence.” It also stipulates that no GCC member should back “hostile” media outlets.

The joint statement explains, “Having waited for Qatar to show that it has implemented the terms of the Riyadh agreement to no avail, a meeting was held in Riyadh on March 4, during which the participants tried strenuously to impress upon Qatar the need for compliance. We are extremely sorry to say that said attempts failed and that the state of Qatar has still not honored the terms of the agreement.”

Two days later, on Friday March 7, 2014, the Saudi government decided to take further action and criminalized not only violent Islamist organizations like al-Qa’ida, its various affiliates in the region like AQAP and Jabhat al-Nusrah, al-Qa’ida-disowned ISIS, Hizballah in Saudi Arabia, and the Huthi rebels in Yemen, but also the region’s most influential political Islamist organization, the Muslim Brotherhood. Weeks earlier, in Saudi Arabia King Abdullah issued a royal decree imposing prison terms of 3-20 years for Saudis who travel abroad to fight in jihadi theaters.

Last week’s unprecedented action taken by three members of the Gulf Cooperation Council against a GCC member state highlights growing political concerns about the subversive operations in the region of Islamist groups like the Muslim Brotherhood. Indeed, in consideration of what has transpired since 9/11 in the Arabian Peninsula, combined with developments since the Arab Spring, Saudi Arabia, the United Arab Emirates, Bahrain and, to a lesser extent, Kuwait are now looking at the world much differently.

America’s declining will to remain engaged in the Middle East — the results of which are fast being realized in Iraq — coupled with the Obama administration’s support for the ouster of a decades-long ally in Egypt have forced leaders in the Arabian Peninsula to begin policing their own interests.

As Washington’s influence has deteriorated during the last ten years, Iran has become more assertive. The mullahs’ confidence has grown substantially since Tehran has grabbed the upper hand in Iraq; meanwhile, the Iranian regime has been testing the Saudis’ sense of security by supporting the Huthi insurgency in neighboring Yemen (a situation Western media outlets have failed to put on the radars of the average policymaker in Washington).

Key US allies in the Middle East are also rethinking their relationship with the US in the post-Arab Spring era. They sense they are now on their own — and may no longer be able to trust Washington.

When the Arab Spring reached Syria the Saudis saw an opportunity to push back, but were caught off guard by the support for the opposition provided by Turkey and Qatar.

Saudi Arabia, the United Arab Emirates and Bahrain came to the conclusion that Qatar is a dissident. As they see it, Qatar is not only fully supporting the Muslim Brotherhood and its branches in Saudi, the UAE and Bahrain; Qatar is also supporting subversive political activities within their borders. In addition, the Qataris are funding the Shiite Huthi rebels in Yemen, and are the paymasters and financiers of Jabhat al-Nusrah and ISIS in Syria, both of which are likely preparing jihadis to conduct operations elsewhere in the region.

The Qataris have attempted to portray complaints about these behaviors as a disagreement over Qatar’s foreign policy in the Middle East, especially Qatar’s support for the Egyptian Muslim Brotherhood. However, it is clear that the Saudis, Emiratis and Bahrainis took these unprecedented actions due to concerns about domestic threats linked to Qatar’s support for an array of so-called “moderate” and terrorist groups alike.

Last weekend, multiple Saudi and UAE journalists working for Qatari media outlets left their jobs in response to the growing crisis. Many leading Saudi clerics who were sympathetic to the Muslim Brotherhood until Saudi designated the Brotherhood a terrorist organization have apparently cut ties with the organization. Among the clerics who have dropped their support for the Brotherhood is Salman al-Awda, who is close to the Brotherhood’s hugely influential mouthpiece Yusuf al-Qaradawi.

It is likely al-Qaradawi’s admonishments of Saudi Arabia and the UAE for their support for the current Egyptian government prompted the tripartite move against Qatar.

The Muslim Brotherhood’s spiritual godfather’s regular attacks reached a boiling point when the elderly cleric claimed the UAE is fighting the establishment of an Islamic regime during a Friday sermon on January 24, 2014. This was not the first time al-Qaradawi mounted an attack on the UAE, which has been clamping down on its local Muslim Brotherhood chapter following revelations that nearly 100 prominent MB members were plotting a coup.

Unlike traditional Gulf reprimands, the tripartite move against Qatar has been very public. Yet despite the warning shots fired by their powerful neighbors, the recalcitrant and populist Qatari leadership does not appear deterred in its support for the Muslim Brotherhood. 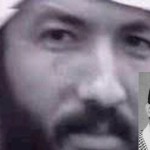 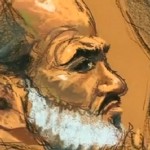