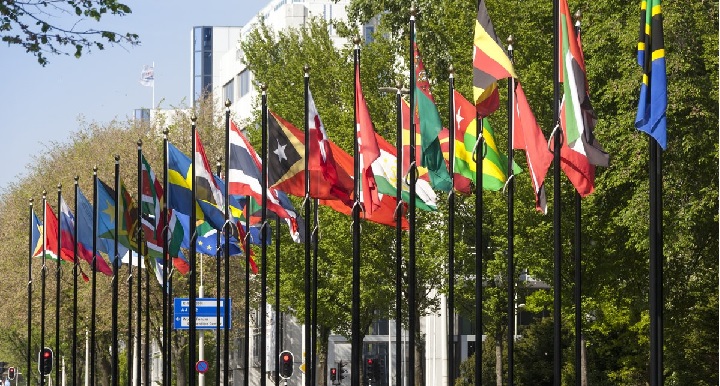 KEY TERMS IN THE HAGUE THIS WEEK: NUCLEAR, AL-QA’IDA, TERRORISM

KEY TERMS IN THE HAGUE THIS WEEK:  NUCLEAR, AL-QA’IDA, TERRORISM
By Ronald Sandee

With the Nuclear Security Summit underway in The Hague, a number of world leaders are focused on nuclear terrorism. And although this is a “theoretical issue,” their concerns are not baseless. Indeed, al-Qa’ida has been anything but discreet about its will to acquire a nuclear weapon — or at least fissile material needed to build a “dirty bomb.”

When asked late in 1998 how he would use chemical and nuclear weapons if he acquired them, during an interview with Rahimullah Yusufzai for Time magazine bin Laden advised:  “Acquiring weapons for the defense of Muslims is a religious duty. If I have indeed acquired these weapons, then I thank God for enabling me to do so. And if I seek to acquire these weapons, I am carrying out a duty. It would be a sin for Muslims not to try to possess the weapons that would prevent the infidels from inflicting harm on Muslims.”

During an interview conducted by the FBI several months earlier, former al-Qa’ida member Jamal al-Fadl told special agents about his involvement in an attempt to buy uranium for al-Qa’ida while he was in Sudan. Key individuals involved with the attempt to acquire uranium for al-Qa’ida were high-level al-Qa’ida members and founders Abu Hajer al-Iraqi (aka Mahmud Mamduh Salim) and Abu Rida al-Suri (Mohamed Luay Bayazid). Jamal al-Fadl arranged the initial meetings to discuss the purchase of a cylinder containing uranium from South Africa. As the negotiations became serious, Abu Rida al-Suri and Abu Hajer al-Iraqi took over, and Jamal al-Fadl was paid $10,000 for his work establishing contact with a presumed source.

Further, sensational accounts suggested that al-Qa’ida had obtained multiple nuclear suitcases, or even nuclear warheads from Central Asian countries. While some information in this reporting was accurate — such as the role played by Abu Hajer al-Iraqi in al-Qa’ida’s quest for WMD, and the fact that Ayman al-Zawahiri traveled to the Caucasus in that timeframe — the high number of nuclear weapons allegedly being sold is assessed to be false.

Regardless of such tall tales, the fact is, al-Qa’ida was engaged in ongoing efforts to acquire enriched uranium.

In addition, it is important to note elements of Gulbuddin Hekmatyar’s Hizb-e-Islami that were deeply involved in the opium trade and smuggling operations in the Central Asian were able to acquire multiple kilos of uranium and put it up for sale. However, it is almost certain they did not acquire weapons-grade fissile materials.

Saudi national Abdallah al-Matrafi was the director of al-Wafa Humanitarian Organization (Wafa al-Igatha al-Islamia) in Afghanistan. Al-Matrafi, who had known Usama bin Laden since the late 1980s, asked for the al-Qa’ida leader’s help with his plan to establish al-Wafa’s presence in Afghanistan. Eventually, three offices were opened in Kabul, Kandahar and Herat. Also after 9/11, al-Matrafi opened a training camp south of Kabul.

It turned out that one of the tasks al-Matrafi agreed to undertake on behalf of al-Qa’ida was to support al-Qa’ida with its WMD program and attainment of specific delivery systems. For instance, a JTF-GTMO memo states al-Matrafi was involved in the following activities:

Al-Matrafi attempted to procure chemical warfare weapons for use against US and Coalition forces and was involved in AQ’s attempts to develop or procure Weapons of Mass Destruction (WMD).

Al-Matrafi attempted to purchase a computerized laser-guided missile system costing $500,000. The missiles would contain a chemical substance, have a range of 1,500 kilometers, and have a destruction radius of 1,500 square meters.

In the summer of 2001, al-Matrafi met with Dr. Bashir Ud-Din Mahmud, the president and founder of the Pakistani NGO Umma Tameer-e-Nau (UTN). UTN’s leaders and members were nuclear scientists and military officers. The proclaimed purpose of the organization was to assist in spreading the modern achievements of science and technology among Muslims, and they had offered to help the Qadhafi regime in Libya with efforts to produce a nuclear weapon. Although al-Matrafi denied he was involved with efforts to procure a nuclear weapon for al-Qa’ida, he at least facilitated access to UTN as they opened up shop in al-Wafa’s Kabul office. Perhaps coincidentally, a sketch of a crude nuclear device was found in an al-Qa’ida safe house located in Kabul’s Wazir Akhbar Khan district.

UTN was clearly willing to help al-Qa’ida develop the knowledge base necessary to produce a nuclear weapon, or at least a design for a dirty bomb. And when then CIA director George Tenet briefed the White House on the UTN story in November 2001, Vice President Dick Cheney remarked, “if there’s a one percent chance that Pakistani scientists are helping al-Qa’ida build or develop a nuclear weapon, we have to treat it as a certainty in terms of our response.”

In the Gitmo files, one also finds two examples of persons linked to al-Qa’ida involved with specific plots to conduct attacks on the United States that entailed nuclear/radiological features.

Khalid Sheikh Mohamed’s cousin Ammar al-Baluchi discussed with Saifullah Abdullah Paracha that al-Qa’ida was seeking radiological or nuclear items. Ammar al-Baluchi shared this with Paracha because Paracha had said he wanted to “do something big against the US.” It was Paracha who brought up nuclear attacks and the idea of attacking nuclear power plants, which Ammar al-Baluchi saw as wishful thinking and impractical.

The most serious plot that called for the use of a “dirty bomb” against the United States was hatched after the 9/11 attacks by the American Muslim convert Jose Padilla and Ethiopian national Muhammad Binyam. Abu Zubaydah said the pair presented him their idea of constructing a nuclear dirty bomb for use in an attack within the US.

KSM and al-Adl thought that “the bomb plot was too complex.” Further, “at that time al-Qa’ida was looking for short-term operations that would put pressure on the US government to curtail military operations in Afghanistan.”

According to Abu Zubaydah, Padilla and Binyam had “planned to steal the ingredients and proposed attacking subway trains.” In addition, an official summary of Jose Padilla’s activities with al Qa’ida based on intelligence gathered by the US notes that Padilla discussed multiple plans to conduct terrorist operations within the United States, including an alleged plan to build and detonate a possible radiological dispersal device (ie a “dirty bomb”) probably in Washington, DC. Accordingly, Padilla was planning to rent a house in the suburbs of Washington, in which he would stash explosives and as much nuclear waste material as he could lay his hands on locally. Following instructions Padilla received in the summer of 2001 when he trained with Adnan al-Shukrijumah (aka Jafar al-Tayyar) in Kandahar, he would then seal the house “to obtain the highest explosive yield.” Finally, the honors would be given to Binyam Mohamed to become a martyr.

On April 5, 2002, Padilla left Pakistan. He was planning to fly to Chicago via Zurich, but instead flew to Egypt and stayed with his wife for about a month. On May 8, 2002, Padilla landed at O’Hare International Airport and was immediately arrested by the FBI.

Binyam Mohamed did not even get a chance to leave Pakistan for the UK. He was arrested in Pakistan, and eventually ended up in Guantanamo. (In February 2009, he returned to the United Kingdom, where he had been granted refugee status.)

After KSM was arrested in March 2003, he told his interrogators that al-Qa’ida had planned to create a “nuclear hell storm” in America. And it was around this time that a trusted Western intelligence source says Saif al-Adl, who was by then al-Qa’ida’s military operations chief and head of security, moved al-Qa’ida’s stash of nuclear material to Iran.

According to the source, al-Adl crossed the border with “the fridge,” an object said to contain al-Qa’ida’s precious stockpile of nuclear material.

If this source’s account is true, the big question is:  What happened to the fridge?

Reports indicate that, prior to his alleged arrest in Shiraz, Iran in mid-2003, Saif al-Adl might have traveled to Turkey, and maybe even Bulgaria. (Note:  German court files from 2010 indicate there is a Bulgarian al-Qa’ida cell active in Pakistan.)

Were al-Qa’ida cells in either country tasked with managing such materials?

Or, rather than having been smuggled into Turkey or Bulgaria, might the fridge have fallen into the hands of the IRGC?

If the fridge ended up with the IRGC’s Qods Force, the nuclear material might have been placed in an advanced radiological dispersal device. In this case, the Qods Force, a longstanding “partner for mutual benefit” of al-Qa’ida, could make use of the device and blame al-Qa’ida.

It is likely al-Qa’ida’s most experienced operational commanders, Saif al-Adl and Abu Muhammad al-Masri, are still under “house arrest” in the same place where Suleiman Abu Ghaith told the FBI in 2013 he had lived alongside of them in Tehran. And following a nuclear attack designed to look like the handiwork of al-Qa’ida, the Iranians could hand these high-value operatives over to Western authorities in order to diminish concerns about Tehran’s accommodation of al-Qa’ida — while at the same time growing the illusion of the regime’s cooperation with the US and other Western powers. 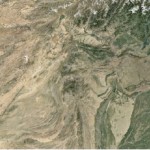 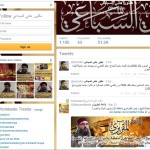